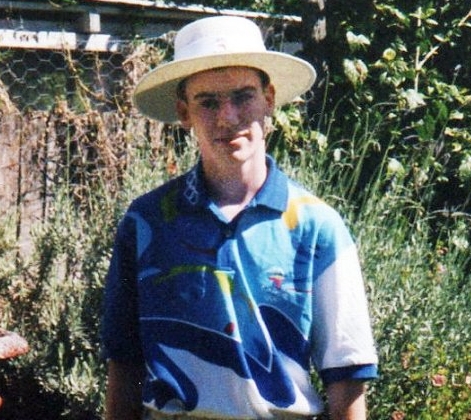 Volunteering at the 2000 Sydney Olympics inspired my career

Twenty years ago when I was a volunteer at the Sydney Olympics, I didn’t imagine that I would go on to forge a career in sport administration.

Athletics has always been a big part of my life. My dad has been a member of our local club since I was born, and I joined Little Athletics after watching the Seoul Olympic Games (I remember being disappointed that you only got to high jump, and not pole vault, like Sergey Bubka!).

When the Games came to my hometown I was 17 years old. I had landed a role as a Media Tribune Runner, responsible for running the printed results to the world’s media following each event on the athletics program. Similarly, I worked at the Opening and Closing Ceremonies, running the film from photographers (only about half of photographers had migrated to digital at that time) back to the media centre.

It was a remarkable experience, particularly as I was an aspiring middle distance runner at the time. Despite the fact that I was fit and could run under 4 minutes for 1500m, I have never felt as sore as I did after the first night of the athletics program, from running results up and down the media tribune! Nor as motivated to just get through that pain and go back for a shift the next morning.

The best part of the role was that results were only available after a race is run, and I was rostered on mainly for the evening sessions with the finals. And for the few morning sessions I was scheduled to work instead, I just hid in the stadium until the evening session, and blended in (out of uniform) in the seating where the world’s best athletes viewed the action from.

As a result, I watched every athletics track final from money can’t buy vantage points, with so many highlights etched in my memory, particularly:

Beyond the action on the track, the standard of organisation, planning and training for Sydney remains the pinnacle of what I’ve experienced.

For over a year prior to the Games I attended mid-week evening training sessions. I don’t recall many other tribune runners being involved and it was mainly the adult volunteers in the media area, so it perhaps wasn’t necessary for me to be there. But I was a sponge wanting absorb as much knowledge and Olympics as I could.

The other thing that struck me was the level of professionalism, skill and calmness of people at the top of their game. One couldn’t help but look over the shoulder of journos to see the few versions of their stories that they had on the go in anticipation of likely results, and the focused frenzy when the unexpected transpired. Likewise, I was in awe of the venue media manager, Jayne Pearce, who could manage the biggest of issues with difficult international stakeholders working to deadlines, yet also find the time to calmly respond to minutiae that nobody was quite sure about (I recall having to ask her where we could find some band-aids for all of the paper cuts the tribune runners were getting…).

And of course, the team work of the volunteers. It was just indescribably good… passionate people united towards a common cause. Further, the recognition within the community of the value of those volunteers… people seeing you on the street in uniform and congratulating and thanking you.

There was of course some negatives to Sydney 2000, such as the scourge of doping that tarnished some results. I remember literally almost bumping into US shot putter CJ Hunter, and having to notify the manager of our group that he was wrongly in the Olympic Stadium, after having his accreditation revoked following his doping violation. His yet to-be-disgraced wife of the time, Marion Jones, was celebrated as one of the darlings of the Games. Watching replays now of her events, and other cheats, is a difficult thing to do, compared to the experience felt having watched and celebrated them live.

I have since often wondered if I would have ended up with a career in sport if I hadn’t had the experience as a volunteer at the Sydney Olympics.

Six years after Sydney I landed my first paid role in sport, working for Athletics NSW. It was something I fell into after finishing uni, entirely because of my passion for athletics. A couple of years later, when I finished a contract role at Little Athletics Australia, I had a career decision to make… to continue working in sport (likely in one other than athletics), complete more study and/or move into another industry?

On reflection, the experiences and perspectives of having worked at the Sydney Olympics helped me make that decision… it was not that I loved athletics less, but that I loved sport more. Sport’s power to change people’s lives and build communities was my real motivation for working in the industry. The Games were critical in me appreciating that.

In my mind, there was no better introduction that anyone could have had to working in sport, or the true value of sport, than working at the Sydney Olympic Games. Even now, when I get bogged down in the day to day, or need inspiration or focus, it’s the lessons I take from Sydney that help me reframe: of excellence and ingenuity in delivery, of celebrating and honouring athletes, to integrity, and most importantly, to the power and value of volunteers, the backbone of sport in our country.

For me, that’s the spirit of the dream that will always stay with me.