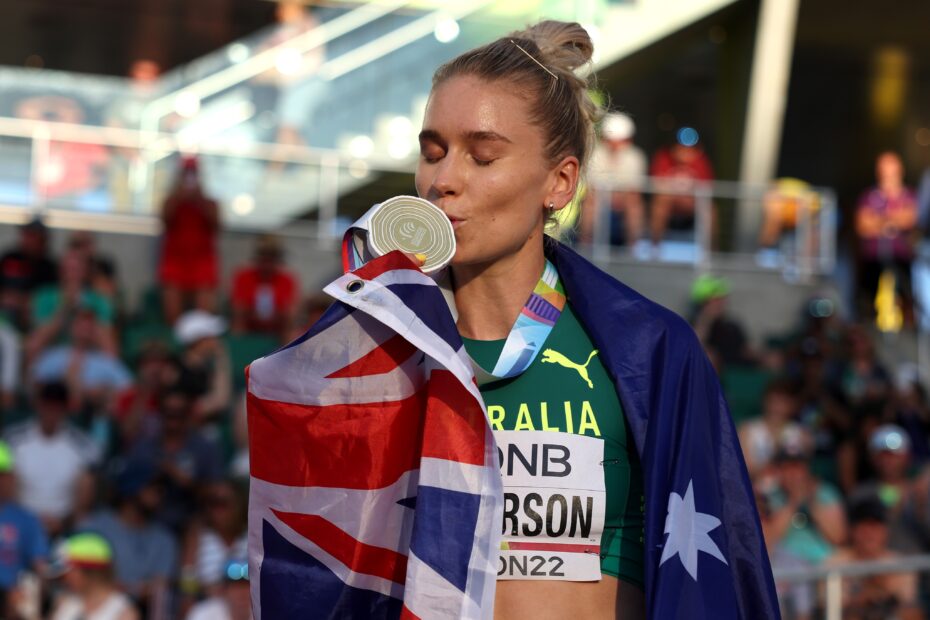 Australia recorded one of its strongest ever team performances at the World Athletics Championships, headlined by gold medals to Kelsey-Lee Barber and Eleanor Patterson.

Patterson equalled the Australian record and set a new personal best of 2.02m to claim gold in the high jump.

A third medal, bronze, was won in the field by pole vaulter Nina Kennedy.

Two-thirds of the Australian team performed above expectations, finishing in a higher position than their ranking (on season’s best) leading into the competition.

Many of the team have now crossed the Atlantic and will shift their focus from the world stage to the Commonwealth Games. All of Australia’s top 8 finishers at the World Championships are set to compete, with COVID clouds hanging over Kelsey-Lee Barber (positive test, but asymptomatic) and Jessica Hull (withdrew from 5000m at World Championships after a positive test).

Unfortunately, Riley Day (200m), Joseph Deng (800m), Liz Clay (100m hurdles) and Ash Moloney (decathlon) have had to withdraw from the meet due to injury.

The Australian team for the Commonwealth Games, and their placing at the recent World Championships, is below.

Entry lists are available here. As expected due to the event being so close to the World Championships, there have been a number of international withdrawals, including Canada’s world champion 4x100m team. Expect to see many changes over the coming days.

An excellent event schedule, including when Australian athletes take to the field and track, has been created by Andrew Pryn and is available from the Athletes Australia Facebook page.

Need new spikes? Enjoy 25% off with our Green & Gold Sale!

Use code BIRMINGHAM at checkout to get 25% off your order. Valid until 11:59pm AEST on Sunday 31 July.