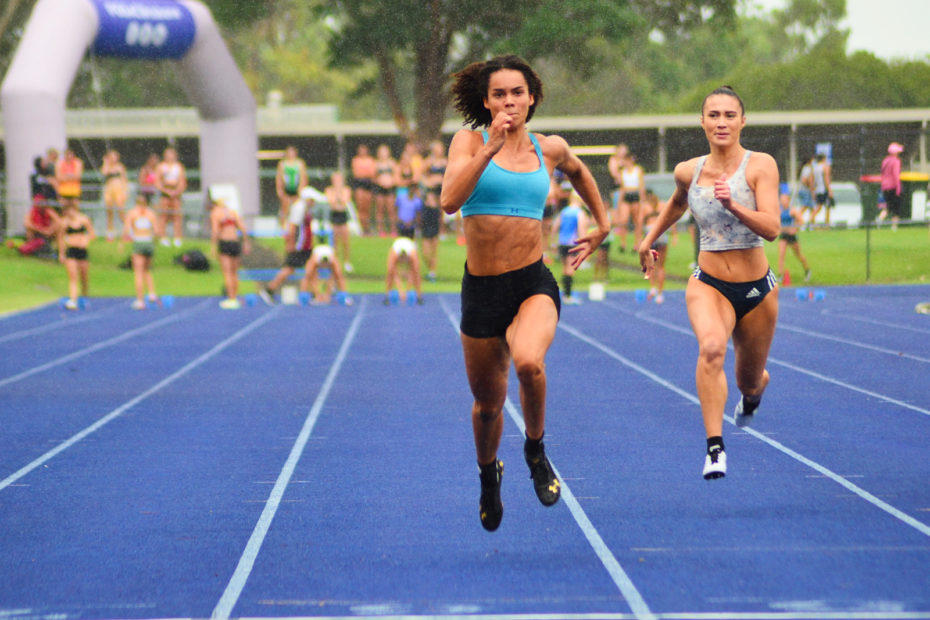 The effervescent teenager’s run was aided by a 3.8 m/s tailwind, but also was in less than ideal conditions, with a downpour of driving rain breaking out just prior to the race and a stomach bug earlier in the day putting her participation in doubt. The strong rain caused a brief pause in the program after Lewis’s race.

Were it not for the wind-assistance being over 2.0 m/s, the performance would have bettered the Australian Under 20 and Under 18 records, set by Raelene Boyle at the high altitude of the 1968 Olympic Games, where she finished fourth.

Full gallery of photos from the meet will be added during the week. Highlights via our first 50 photos are available here.