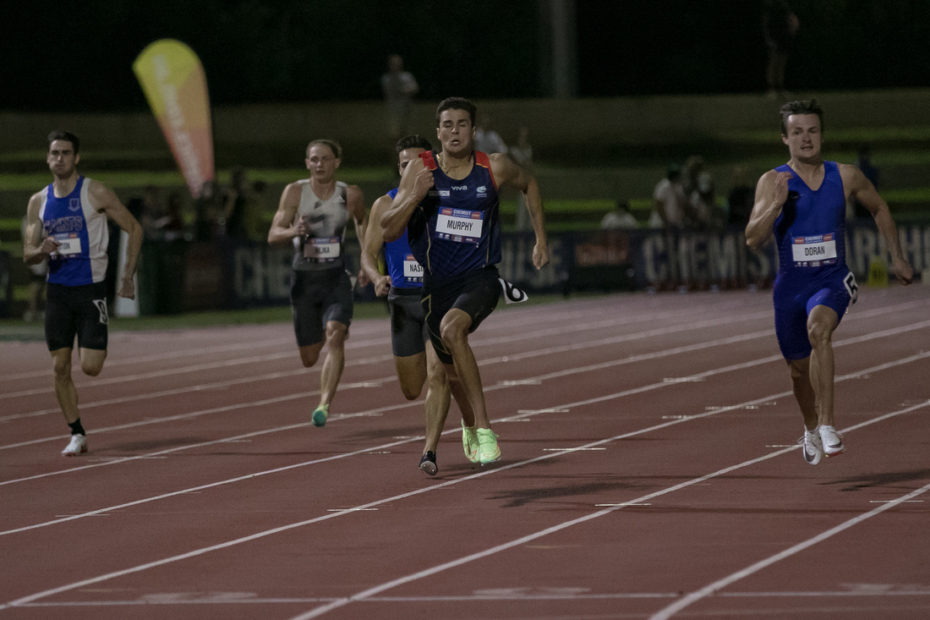 Top 20 performances across the State Championships

There was State Championship action across New South Wales, Victoria, South Australia and Western Australia over the weekend. Here’s how the performances stacked up against the World Athletics Scoring Tables.

Cover of Aidan Murphy in action at the Adelaide Invitational. Image by Jeff Wray for Inside Athletics.

The 18-year-old South Australian continued his sensational season, claiming the Australian Under 20 record with a blistering 20.41 seconds into a 1.3 m/s headwind at the SA Championships in Adelaide.. The performance bettered Fred Martin’s 1985 mark and moved Murphy to seventh on the Australian all-time list.

▪️Fastest time by an 🇦🇺 for 16 yrs

▪️Fastest time by an 🇦🇺 in 🇦🇺 for 26 yrs

45.28 seconds to open the season for Solomon at the NSW Championships. This was his heat run (!), followed by a 45.39 seconds to take gold in the final.

Some great jumping from Joel Baden with a 2.27m clearance to produce the highlight performance of the first weekend of the Victorian Championships.

Victoria’s Celeste Mucci gave up the chance to win her own state title in the 100m hurdles, instead taking on Abbie Taddeo at the NSW Championships. It paid dividends, with a 12.99 second season’s best.

Running in her pet event at the NSW Championships, Sarah Carli stopped the clock in the 400m hurdles at 56.27 seconds.

Ramsden was the best performer at the WA Championships in Perth, running a 3:38.01 1500m with some early pacemaking assistance.

Ballarat’s Yual Reath was second in the Victoria high jump title behind Joel Baden, with a best leap of 2.21m

21-year-old Kristie Edwards continued the form which saw her record a 23.17 200m performance into a headwind in November, taking out the NSW title in 23.36 seconds.

We captured some of the action on Saturday night of the Victorian Championships. Here’s some of our favourite photos, with the full gallery available here.