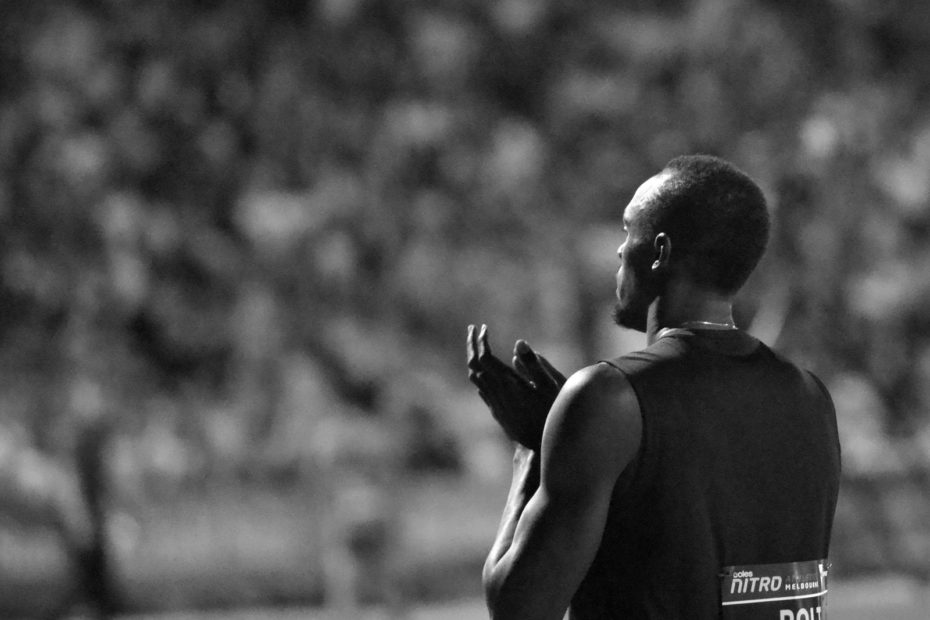 Innovation was the theme of the series, with many unique events trialed, including mixed-gender relay events. Here England’s Theo Campbell blows a sneaky kiss at Australia’s Morgan Mitchell as he passes her on the final leg of the mixed 4x400m relay during the second round of the series.

Another feature of the series was team captains, who had an on field leadership role for their team. Here Australian team captain Genevieve Lacaze encourages teammate Heidi See during the Elimination Mile, in which the final athlete across the line was eliminated at the end of each lap.

The format sought to highlight the personalities of the athletes competing. With Sally Pearson bypassing the series to compete indoors overseas, Michelle Jenneke took to the track in the 2x hurdles relay with teammate Justin Merlino, while Ryan Gregson was a crowd favourite as he remained undefeated across the series.

However, it was ultimately Usain Bolt that most came to see. The eight-time Olympic gold medalist was unchallenged in the mixed-gender relay legs he contested and also took out the 150m in the final of the series in 15.28 seconds.

The Bolt All-Stars were victorious in the series. Here Bolt celebrates alongside John Steffensen, who was instrumental in bringing the series together.

“It was brilliant, it was exciting, it was different and every night came down straight to the wire,” Bolt said with a smile after being chased around the infield by a large group of athletes holding champagne bottles.

“Tonight it came down to the last event, it was a brilliant excitement and I think everyone in the track and field world really enjoyed this.

“I knew this is what track and field needed, the energy and the vibe – everybody I talked to really enjoyed it.

“The IAAF president is here and he enjoyed it so for me it’s been brilliant all around and I’ve had so much fun, it was a team effort and it was just brilliant.”