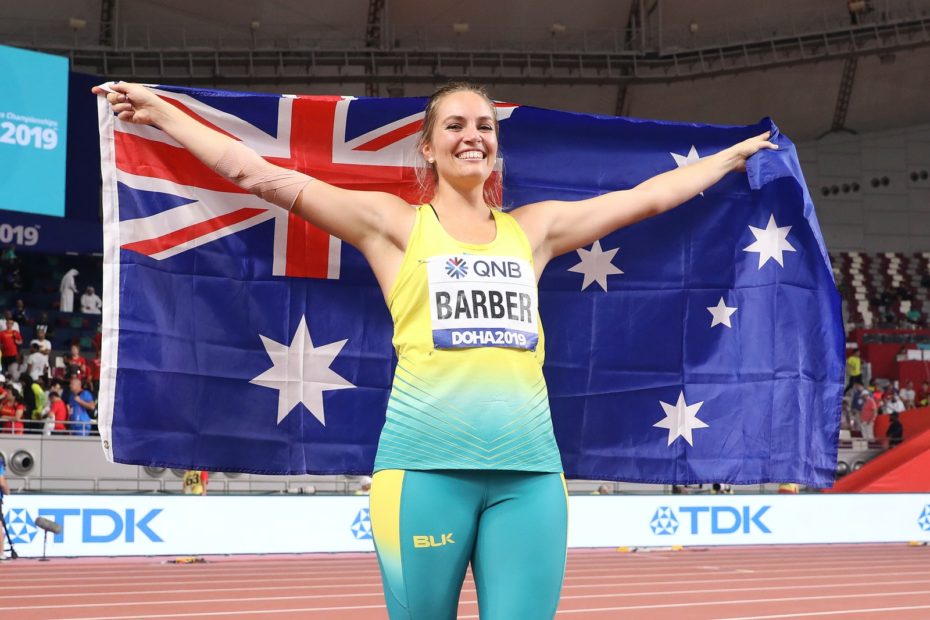 With a clutch performance Kelsey-Lee Barber became world champion in the javelin at the 2019 IAAF World Championships in Doha.

Her final round throw of 66.56m moved her into the gold medal position, with the Chinese pair of Liu Shiying (65.88m) and world leader Lyu Huihui (65.49m) unable to respond and finishing in the minor medals.

“I thought it had snuck over 65m when I saw it land, but I was still waiting to see the numbers come up, so to see 66m and then jump into first place, my head was spinning a little bit,” said the new World Champion.

“My coach told me to take my run up back a little bit going into that last round and that really helped me settle into my run and get my feet down. Feeling those quick feet was the simple queue to just throw the javelin and it helped me keep my composure know that I still had something big to throw.”

“I want to say a massive thank you to the guys coaching me tonight, especially Mike.”

Barber becomes Australia’s ninth gold medalist in the history of the IAAF World Championships and the first in the javelin, following silver medals to Joanna Stone (1997) and Kim Mickle (2013).