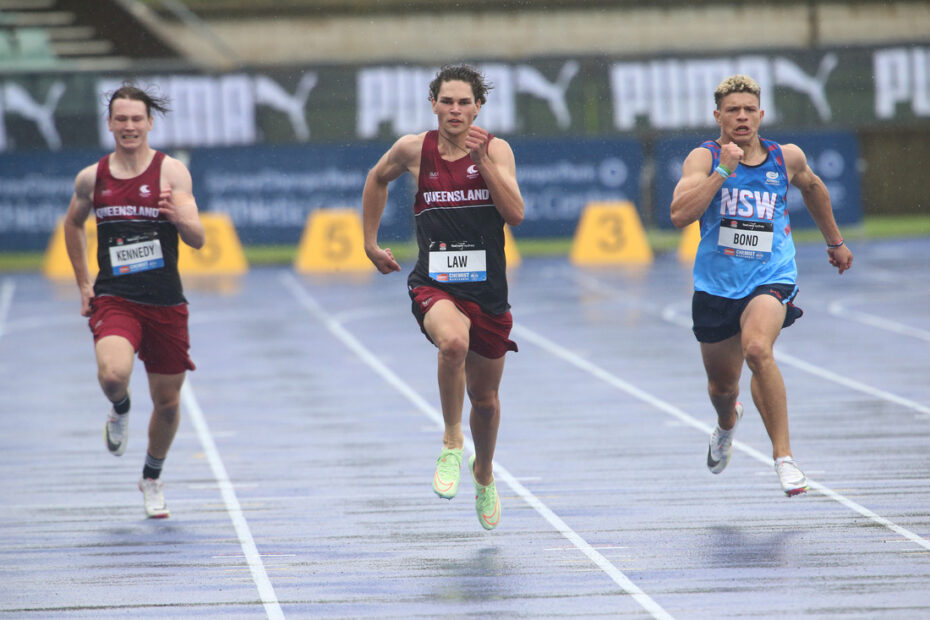 The next generation of Australian athletics looks bright if results from Junior events at the Australian Championships is anything to go by.

Despite often wet conditions, sensational performances were recorded by athletes in the Under 20 age group in Sydney. For many the World Junior Championships in Santiago de Cali, Columbia beckons as the next step in their career.

Here’s a look at the Top 10 performances recorded across the meet, as assessed against the IAAF Scoring Tables.*

The Queenslander sped to a meet record 20.64 seconds with the aid of a 0.7 m/s tailwind. He’s one of the favourites for the open event later in the program and at 18, would be the youngest ever national champion over the distance.

The Victorian controlled a fast 1500m final where the top eight all ran world junior qualifiers. Hollingsworth’s 4:13.41 was the second fastest time of her burgeoning career.

The Queensland speedster focused on the junior events ahead of the possibility of open success, taking out the sprint double. Her 23.46 second win in the 200m came in wet conditions, into a slight 0.2 m/s headwind.

Runner-up in the 1500m behind Hollingsworth, the Stanford bound NSW athlete ran a new personal best of 4:15.13.

The Victorian bounced back from a fourth place finish in the 1500m to front run a 9:06.93 3000m, just two-hundredths of a second outside the meet record held by Suzy Walsham.

A new personal best of 2:04.80 for a convincing victory over two laps, following a third place finish over 1500m.

Just three-hundredths of a second shy of victory behind Torrie Lewis over the short sprint.

There’s no direct comparison that can be made for the junior men’s sprint hurdles, which are run at 99.1cm rather than the 106.7cm open height, but Mitchell Lightfoot’s 13.59 and Tayleb Willis’ 13.61 were classy performances.

Congratulations to all National Junior Champions!