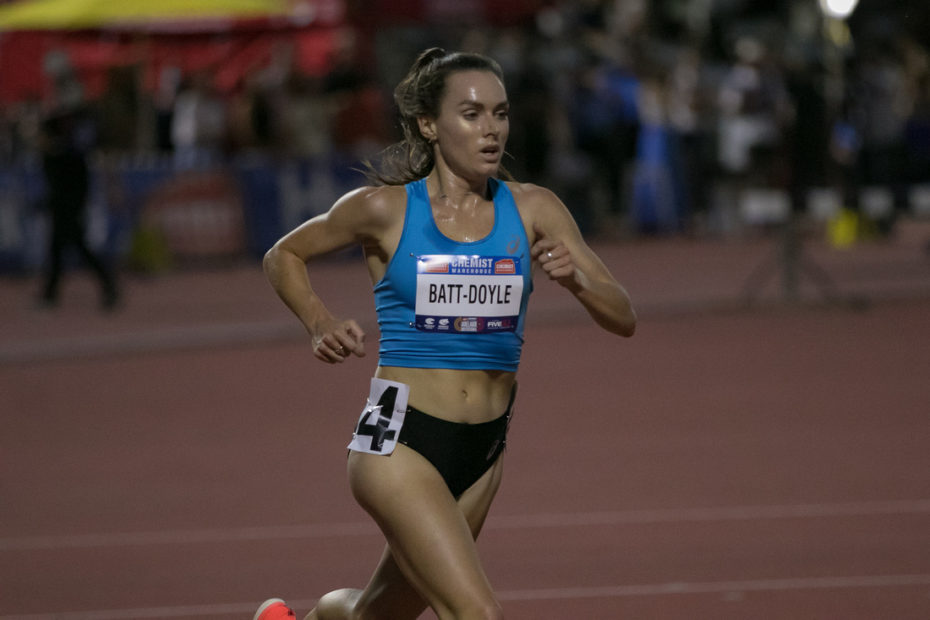 In front of their home crowd Isobel Batt-Doyle just missed the 5000m qualifying standard for the world championships while Michael Roeger set a T46 world record at the Adelaide Invitational on Saturday.

Adelaide, once a staple on the Australia domestic circuit, last hosted a national class meet in 2016.

In the 5000m, Batt-Doyle pulled away from Zatopek:10 champion Rose Davies over the final kilometre of the event to stop the clock in 15:13.35, just outside of the 15:10 qualifying mark.

“I loved the experience. I didn’t quite get the qualifying standard, but it was so good to get the win on the home track,” she said.

“Rose and I are great competitors, but in the second half of the race I ran the way I needed to run my best. I am so happy to get the win over her after she got me at Zatopek:10, we have a great relationship and we will continue to strengthen each other’s running over the years.

Roeger’s world record came as a surprise to the 33-year-old, who finished 13th in the men’s race taken out by Sam McEntee (13:36.87). His 13:52.05 was his first time under 14 minutes and slashed his own world record set at last year’s Sydney Track Classic.

“I didn’t think that I would have the chance to talk about a world record in the 5000m tonight. It goes to show that if you come into the night and the race relaxed, it goes a long way, and the home crowd and the Adelaide track really helped me,” Roeger said.

Aiden Murphy, 18, was the third home town winner on the track, taking out the 200m with a fast finish to overtake Jake Doran in a 20.66 second victory.

Earlier in the meet Murphy had finished 8th in a deep 100m field, in a time of 10.38 seconds. The race was taken out by Rohan Browning, who showed he is in a different class to Australia’s emerging crop of sprinters, with a 10.12 second win in his season opening run, ahead of strong runs from New Zealand’s Edward Osei-Nketia (10.19) and Jack Hale (10.26).

The women’s 100m was a similarly quality field, with Ella Connolly capitalising on a fast start to take line honours in 11.37 from a fast finishing Riley Day (11.40) and junior Torrie Lewis (11.47).

Bendere Oboya made it two-from-two for the Justin Rinaldi stable in her debut 800m, taking victory by one-hundredth of a second in a close race with Tess Kirsopp-Cole. Oboya clocked a promising 2:02.88, while Kirsopp-Cole’s run was also a personal best.

“I was quite honest with myself after the Olympics,” Oboya said of her move from the 400m to the 800m.

“I assessed my strengths and my weaknesses, and I had to face the fact that I’m not powerful so I thought, why not try the 800m. I’m only 21 so I can always go back to 400m but I’m liking what I’ve done so far and keen to do it again.”