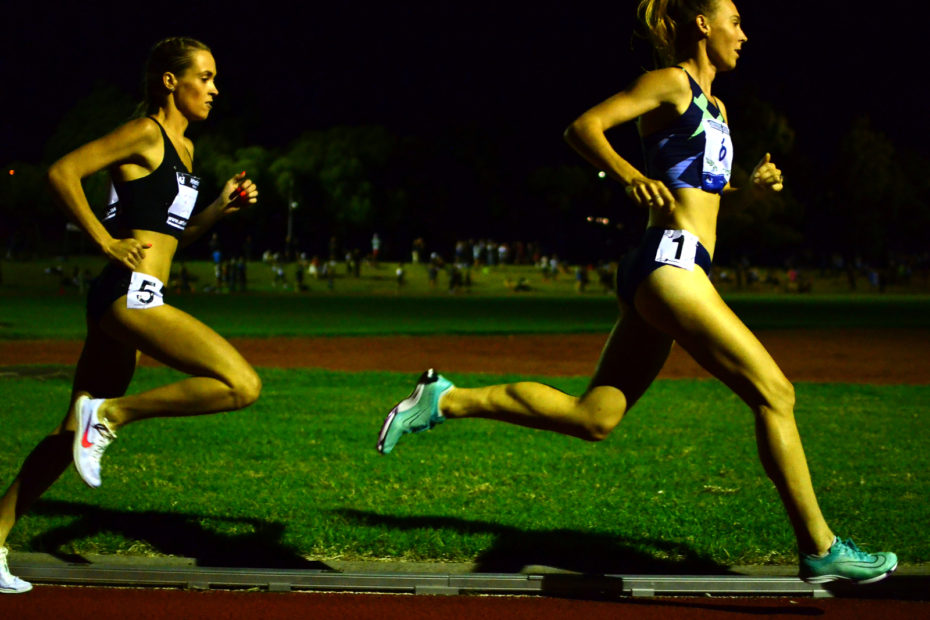 Linden Hall has become the first Australian woman to break four minutes for 1500m, with a run for the ages at the Box Hill Classic on Thursday night.

Running alone after pacemaker Ellie Sandford dropped out just after 800m, the in form 29-year-old ran a strong last lap to stop the clock in 3:59.67. The performance improved on her personal best of 4:00.86 set in 2018 and reclaimed the Australian record from Jessica Hull, who ran 4:00.42 in Europe last year.

“I’m not sure it has sunk in just yet,” Hall said after the race.

“It’s so nice to run fast here at home with everyone around and share it with them.

“It’s so exciting. I’ve barely made it back to my bag because you just want to stop and give everyone a hug,” she said of the intimate and knowledgeable crowd on hand at the meet, who rushed into lane four of the back straight in encouragement on the final lap as the class of Hall’s performance shone through.

Stewart McSweyn did not start in the men’s race, leaving the field wide open. In a race targeting the Olympic qualifier of 3:35.00 the field fell just short in a quality contest, with Jye Edwards lowering his personal best to 3:35.46 and continuing his winning streak this season.

34-year-old David McNeill showed there is still plenty of running left in his legs, setting a new personal best in the 3000m in 7:46.11. It improved on his 2016 personal best by four-and-a-half seconds in an impressive 12 second victory from Liam Cashin, who went under 8 minutes with a 7:58.89 run.

In the women’s race Leanne Pompeani also record a personal best, winning in 9:12.37.