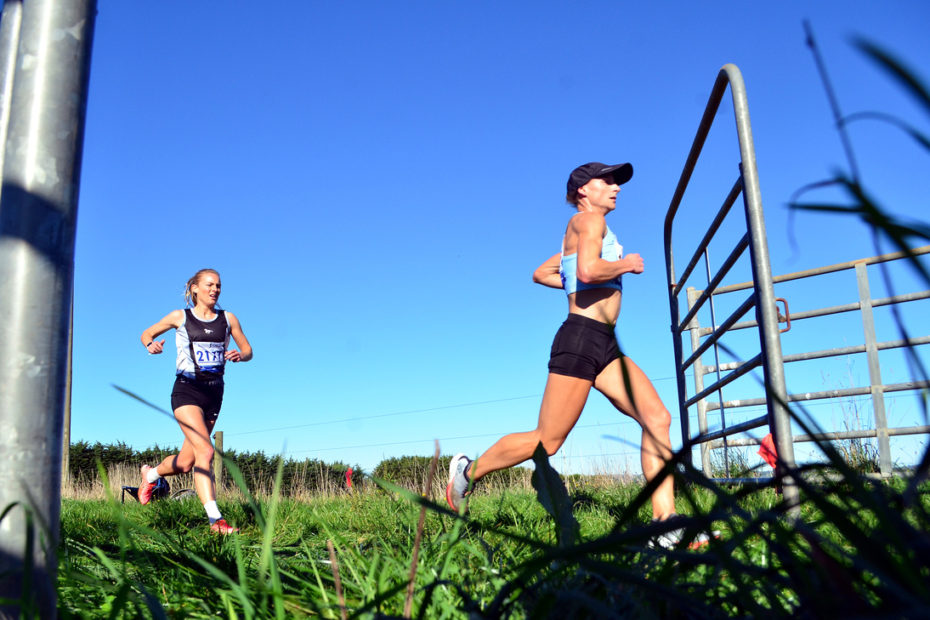 Karinna Fyfe from Glenhuntly Athletics Club prevailed in a close three way tussle in the open women’s 8km race on a tough course at Lardner Park, Warragul in the second round of Athletics Victoria’s XCR series.

After former World Championship and Commonwealth Games marathon representative Sarah Klein made the early running in the race on the first of two four-kilometre laps, the long downhill stretch towards the finishing line on the second lap made for an entertaining contest.

Steeplechaser Stella Radford had a slight lead with 500m remaining but was fatigued, while Fyfe and Klein were closing quickly. Fyfe maintained her momentum onto the flat to pass Radford and run away for a four second victory in 28 minutes, 34 seconds. Klein also passed Radford, taking silver by a three second margin.

The men’s race was a more open and shut case, with Andy Buchanan from Bendigo Region traversing the course with ease to win by over half-a-minute in a time of 23:57.

The undulating course, most of which had a thick grass covering underneath, has a sadistic furthest most point. After clearing a fence on a downhill stretch, four shallow stream crossings within the space of 100 metres followed by a steep hill and a gradual climb back up to the highest point of the course greet runners. During the second lap of the open men’s race, approximately one in twenty runners fell.

Buchanan was light on his feet and not heeded. Behind him, Cody Shanahan from Western Athletics had the better of Tom Thorpe from St Stephen’s Harriers, taking silver 24:34 to 23:49.

In the junior 4km races impressive performances were recorded by Athletics Essendon pair Archie Noakes, who took out the U18 men’s race in 12:10; and Bianca Puglisi, who won the U20 women’s race by almost a minute in 14:33.

Our full collection of 389 photos is available here.