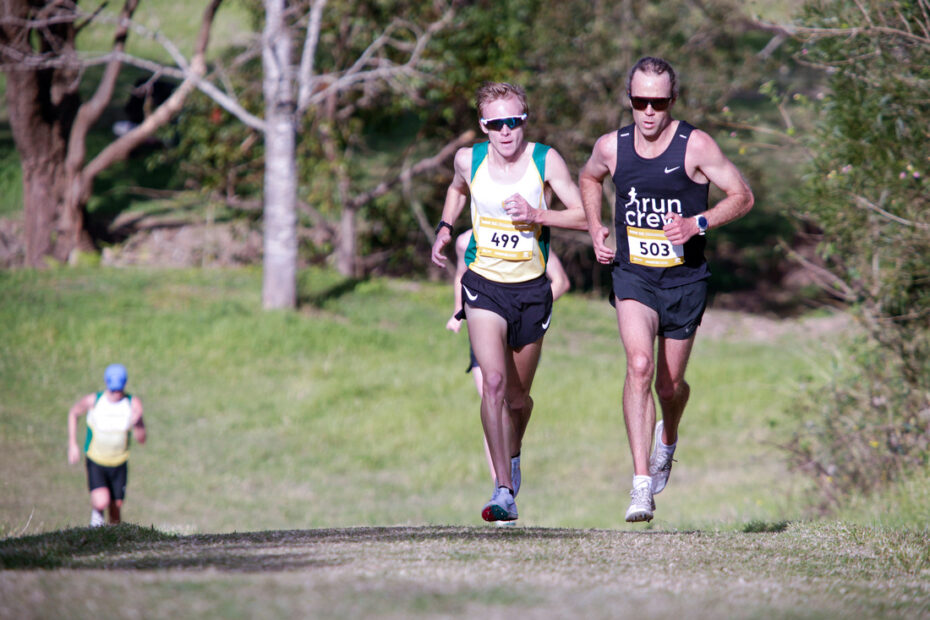 The titles were held on what is widely regarded as Australia’s best cross country course, the immaculately curated, but hilly and technically challenging course on family farm of Rod and Jan Gibb. Saturday was the 30th occasion that it has hosted a NSW title, having also been the venue of the Australian Cross Country Championships in 1992, 1994 and 2009.

The men’s 10km race was one in four, with evergreen Ben St Lawrence, Joshua Johnson, Luke Hince and Spiessberger-Parker making the running from the early stages. In fact, it wasn’t until a strong move in the last kilometre that Speissberger-Parker broke away from St Lawrence for victory, denying the former Australian 10000m record his maiden NSW cross country title.

The women’s race saw Paige Campbell score a 15 second victory from South Africa’s Aynslee Van Graan in a time of 36:18. 21-year-old Jessica Noble took bronze in 37:02, holding off a fast finish from Irish 1500m champion, Niamh Allen, who was just two seconds behind.

The world junior bound duo of Laura Roderick and Patrick Cantlon took out the junior events, but in contrasting styles.

Roderick overcame a wrong turn while in the lead that saw her fall 80 metres behind, to the 6km race by just a second from Shayne Hargreaves in 22:03. Sarah Schiffmann was third in 22:34. Roderick will run the 5000m at the World U20 Championships in Cali, Colombia in August.

Cantlon was in control of his race, surging away from the lead pack that included Cameron Gorman and Bailey Habler with two kilometres of the 8km race remaining, claiming a 13 second victory in 26:06. Gorman took silver, while Logan Campbell finished strongly to claim bronze in 26:45. Cantlon has been selected to run the 1500m and 3000m at the World U20 Championships.

A collection of over 750 photos from the event are available courtesy of Fred Etter.

From $9.99 with fast & free delivery Australia-wide.