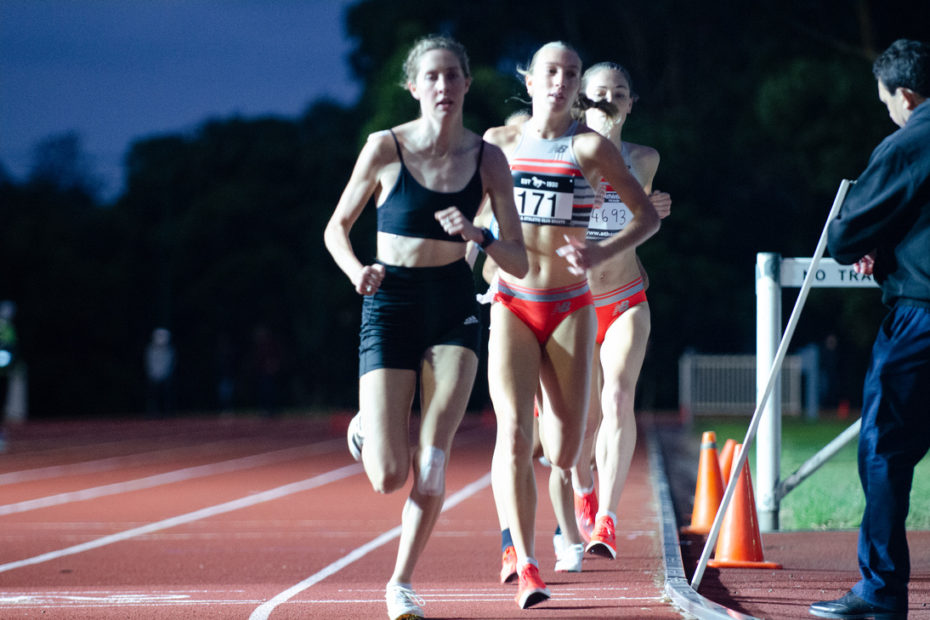 Zatopek champion Rose Davies has continued her form this season, taking out the 5000m at the Box Hill Burn with a front running performance of 15:23.64.

In windy conditions at Hagenauer Reserve, Davies took victory by three seconds from Calli Thackery (15:26.87) after chasing the World Championships qualifying standard of 15:10.00.

The men’s race was set up as a qualifying attempt for Stewart McSweyn at the 13:13.50 qualifying mark, which has only been bettered during the qualifying period by Olli Hoare (indoors, with his 13:09.96 performance in December).

Assisted through the first three kilometres by training partner Brett Robinson in 8:01, McSweyn increased the pace with a 63 second lap to break away from Sam McEntee. However, at the four kilometre mark McSweyn stepped off the track while in the lead, with breathing difficulties.

The anticipated encounter between Olympian Georgia Griffith and up-and-coming Claudia Hollingsworth didn’t eventuate in the women’s race, with Griffith falling within the first 100m of the race, suffering a cut to her knee. She did however return later in the program to pace the women’s 5000m.

Hollingsworth ran a mature race after the fall, settling behind Lucinda Rourke (third) before setting sail for home in a 2:42.78 victory. Amy Robinson was second in 2:46.53, with Rourke clocking 2:54.98.

Large fields were in action in the graded 5000m races that followed the elite action, with the men’s B race being won by Seth O’Donnell in 14:04.98. In second place Archie Noakes recorded a world junior qualifying performance of 14:05.91.