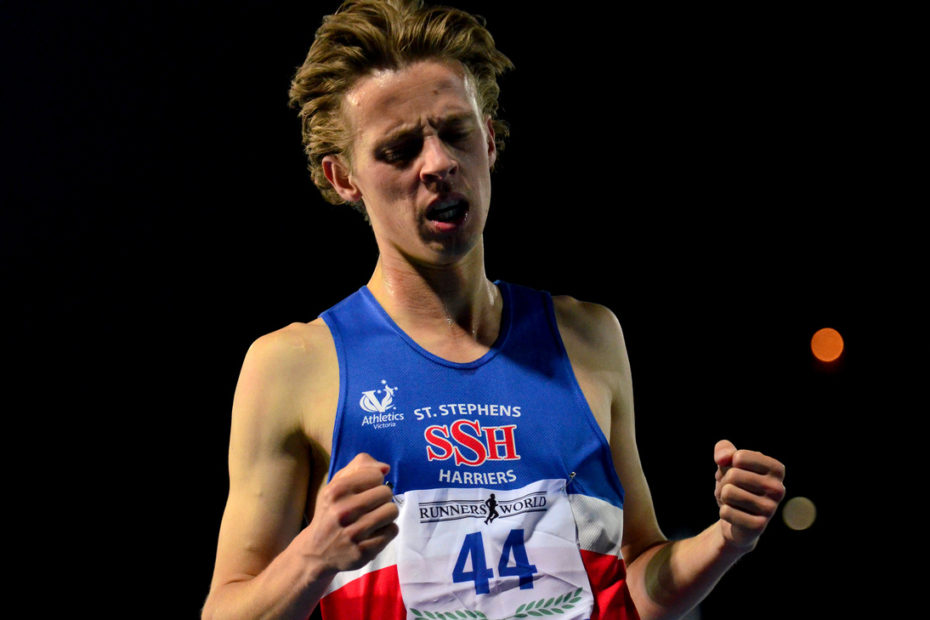 In cool conditions Thorpe broke away from Liam Cashin (Western Athletics) over the final 200m with a scintillating kick, running to victory in a new personal best of 13:58.49.

Cashin was just outside the 14 minute barrier with a run of 14:01.01, while Edward Marks from Glenhuntly was rewarded with the bronze medal with a 14:08.35 after forcing the pace in the middle stages of the race.

The women’s race saw a gun to tape effort from Rebekah Greene, who recorded a classy 16:10.41 to win by 26 seconds.

Taking silver was Brooke Williams from Albury Athletics with a run of 16:36.95, while Eleanor Benson from Melbourne University took bronze in 16:44.66.

In the junior women’s title, Sophie Coughlin from Sandringham Athletics Club ran a patient race, working her way through the field after being up to 50 metres behind the leaders at one point in the race. She took the lead from Essendon’s Bianca Puglisi with just over two laps to run and ran away for victory in 17:00.58 to Puglisi’s 17:04.07, while Georgina Mees from Ballarat YCW finished strongly to claim third in 17:48.27.