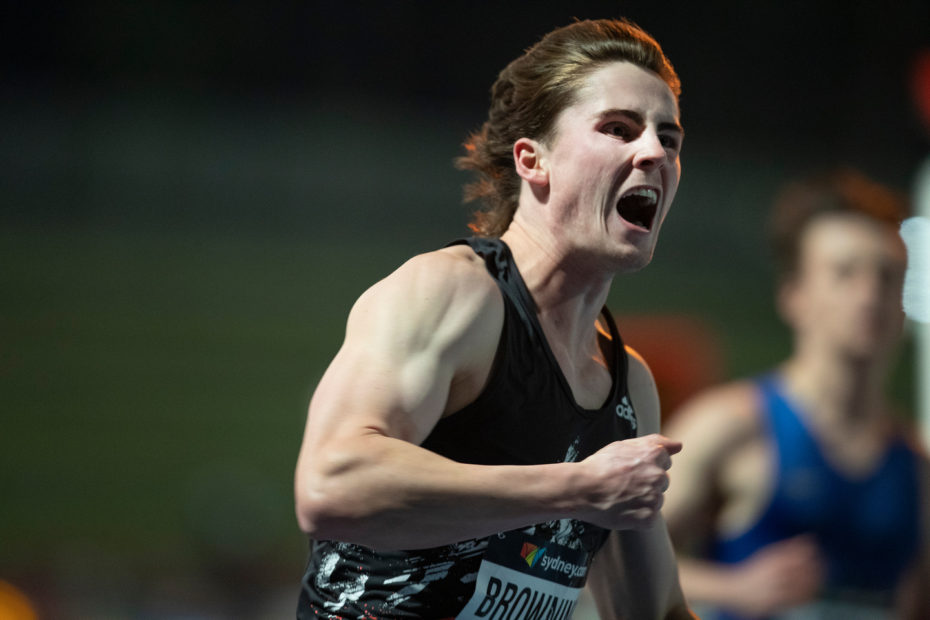 With a 10.05 seconds personal best at the Queensland Track Classic and taking out the national title in front of his home crowd in Sydney, Rohan Browning booked his ticket to Tokyo for his first Olympic team. We caught up with him to ask a few questions.

How do you feel now, a couple of weeks after being named in the Olympic team?

After the trials I took a week off to refresh. It’s a long season if you run from January through to August, so I had some much-needed down time. Now all my energy is being devoted to preparing for the Olympic Games.

What does your preparation look like – training and racing – between now and Tokyo?

We won’t stray too far from speed, there’s not enough time to waste doing high volume work at lower intensities. That style of training has a conditioning function for sprinters but ultimately speed is king, I live by that.

There is too much uncertainty around going overseas, so I’ll stay in Australia and run a few meets in North Queensland. I anticipate spending an extended period up north to chase the warmer weather.

Looking back to when you were a developing athlete, at what stage did you start to think that you might be able to make the Olympic team?

I wouldn’t have even dared to consider it until I was sixteen and started to break through.

My goal posts are constantly shifting. I never came into the sport wanting to be an Olympian, I probably didn’t think it was possible. I’m a pragmatic guy and I need to see something to believe in it.

As I’ve gotten older, I’ve come to realise that ambition is a precursor to success, it’s a requirement. No one ever made the Olympics without self-belief and just because you’re starting out at 15 years old, running 11.5 sec, like I did, doesn’t mean that you won’t eventually run sub-10. It’s a process that takes patience, diligence, sacrifice and a willingness to learn from the mistakes you will inevitably make.

What coaching and support team do you have around you?

I know my limitations and I always defer to the experts. My coach Andrew Murphy has been the mastermind behind my progression. He took me on as a 12-year-old kid, saw some potential and made me fall in love with the sport. He’s my only ever coach.

What keeps you occupied outside of athletics?

I’m in the final third of my law degree, which takes up a fair chunk of my time. I try to play as much golf as I can, which is more than I should and not enough to get me any good.

Thanks Rohan and best wishes for Tokyo!