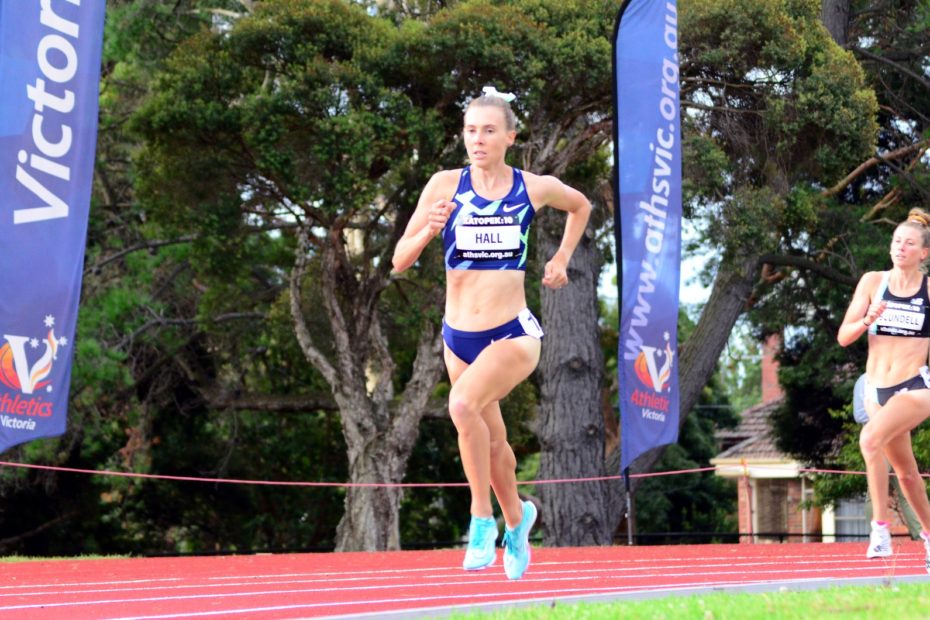 Linden Hall will attempt to reclaim the Australian 1500m record and become the first Australian woman to break four minutes for the metric mile on Thursday, while an elite men’s 800m has also been added to the program.

Hall is the cream to an already impressive field in the women’s 1500m at the Box Hill Classic, while Stewart McSweyn and Matthew Ramsden headline the men’s race. $1500 in prize money will be on offer for each event, courtesy of Athletics International and the family of the late Graham Crouch.

Adding further to the meet is the addition of an elite men’s 800m, with the in-form Peter Bol looking to better the Olympic qualifier of 1:45.20. He has been just outside the mark of a second on a few occasions this year, including a 1:45.48 run last weekend. Also in the field is Kiwi Brad Mathas.

Box Hill Athletics Club President, Jeremy Griffith, is looking forward to the athletics community gathering at one of Melbourne’s favourite venues, Hagenauer Reserve, to celebrate great performances and the start of the Easter long weekend.

“As a club we feel we have a very important role to make athletics fun and enjoyable for everyone. That’s not just for athletes, but also for spectators at events at our track,” Griffith said.

“Athletes have told us how much they enjoy running at Box Hill. We want to make sure there’s always a great atmosphere for them to perform at their best and for people to have a fun and social time cheering them on.”

Conditions look like they will be perfect for athletes and spectators alike, with a top of 29 degrees during the day.

The Box Hill Classic is being held this Thursday, 1 April at Hagenauer Reserve, Box Hill, commencing at 6pm. The elite events are scheduled within a convenient 90 minute period from 7pm to 8:30pm.

The full meet program and start lists are available here.

The meet will also be live streamed by Athletics Exclusive for those unable to make it to the venue.