In the 1850's track spikes were heavy leather shoes with nails driven through the soles. They provided added grip on the dirt and cinder athletics tracks of the day. 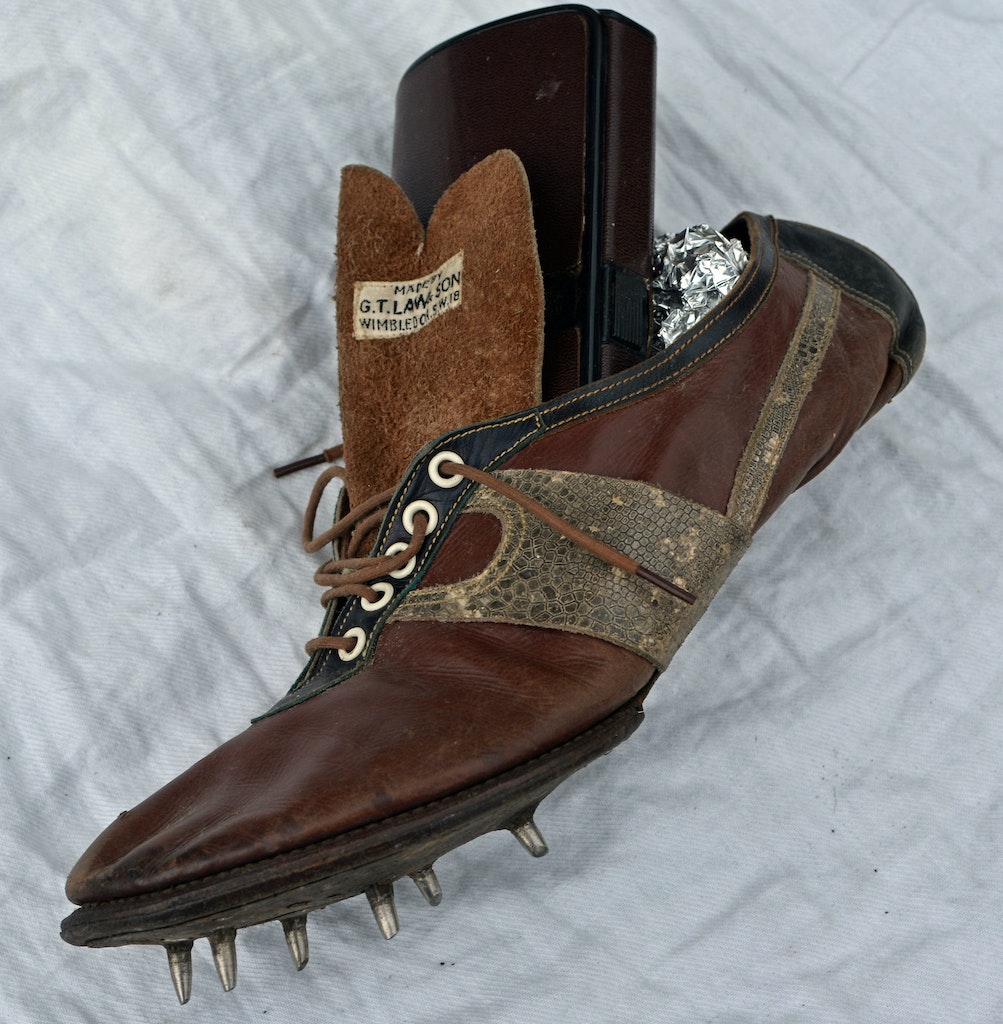 Spikes began to be sold commercially in the 1890's by Joseph Williams Foster, who formed the shoe company Reebok. Developments were made in their design over time, with leather being replaced by light weight kangaroo hide.

German cobbler Adolf Dassler pioneered the development of the modern spiked shoe as we know it today. The great Jesse Owens wore a pair of Dassler's shoes to win four gold medals at the 1936 Olympic Games in Berlin. After World War II, Dassler formed the company footwear company Adidas (a contraction of his name Adi Dassler). He registered the famous three stripe logo and set about developing modern footwear, including making significant improvements to football boots and track & field spikes.

Adidas made spikes of canvas and rubber and began to create a range of shoes specialised for the event they were to be used in. Following a bitter family feud, Dassler's brother Rudi broke away to form a competing company, Puma. A fierce commercial rivalry followed, as did changes to track surfaces.

The 1968 Olympic Games was the first to use an all-weather synthetic track similar to that which is commonplace in the sport today. With spikes no longer needing to pierce the rubber track surface to provide grip, further innovation followed. This resulted in shorter spike lengths and the controversial development of "brush spikes" by Puma. 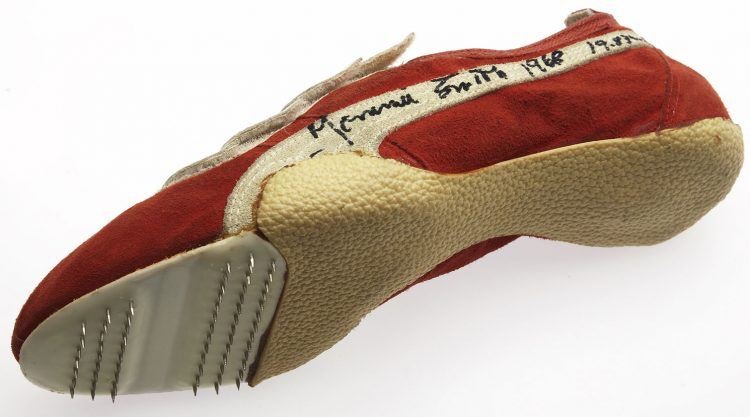 Spiked shoes had previously consisted of 4 to 6 spikes. In contrast, Puma's brush spikes consisted of 68 short needle-like spikes, designed to provide superior grip on the new tracks. Brush spikes were worn by John Carlos at the 1968 US Olympic Trials at Echo Summit, where he clocked 19.7 seconds (19.92s electronic) in the 200m. Similarly, a fortnight before the Mexico City Olympic Games of that year, his compatriot Vince Matthews ran 44.4 seconds for the 400m. Both marks were better than the previous world record, but were not be ratified by the IAAF.

In fact, the brush spikes were banned by the IAAF and disappeared from use prior to the Olympic Games. A mark of the feud between Adidas and Puma, Adidas lobbied the IAAF that the new spikes damaged the synthetic track surface. Puma alleges that corrupt payments were made by from Adidas to IAAF officials to change the rules so that shoes could have no more than six spikes. An alternative version of events suggests IAAF officials were blackmailed.

Only 500 pairs of brush spikes were ever manufactured and whatever the truth of the decision making process behind their evaluation, they quickly disappeared. With improvements in manufacturing, hard plastic protrustion, in addition to metal spikes, became common on the spike plates of moden shoes.

The IAAF's Competition Rules currently state that a shoe can have no more than 11 spikes. A number of different spike designs exist:

Christmas Tree spikes are often preferred by the managers of synthetic tracks. They do not pierce the track surface as much as Pyramid spikes, and thus cause less damage to the surface. In contrast, Needle spikes are often not allowed.

Manufacturers often claim that Christmas Tree spikes also return more of the energy that is imparted through them compared to other spike designs. However, from limited research we are aware of, Pyramid spikes offer a similar result. The same study identified that Jumps Spikes return a greater amount of energy than other designs.

7mm is a commonly used spike length across all events on a synthetic track. The IAAF Rules also allow spikes up to 9mm in length for field events. On grass tracks, longer spikes are generally used, with 12mm the length limit imposed in Little Athletics. For cross country, the length of spike preferred will usually be determined by the nature of the terrain. In muddy conditions, long spikes may be useful. But shorter spikes will likely provide more comfort if the course involves harder surfaces.

The style of spike is very much a matter of personal preference. We sell durable steel replacement spikes, available in
styles.
You can buy these online for $9.50 a dozen, with fast and free delivery via Australia Post.