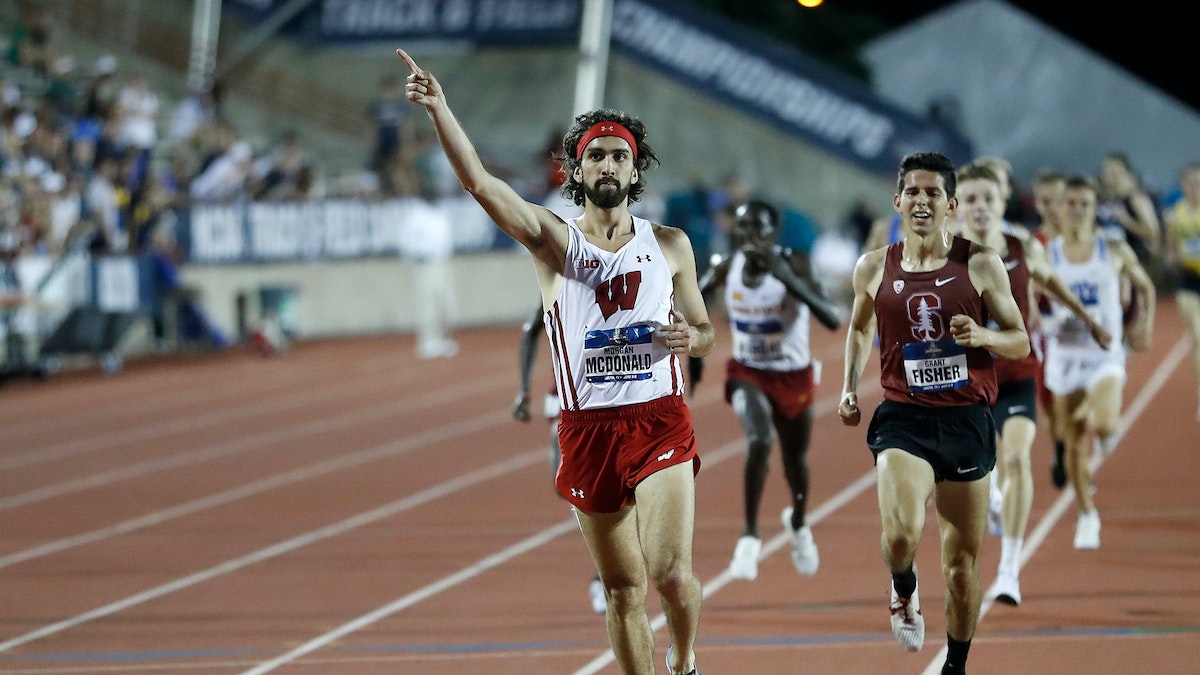 Morgan McDonald and Mackenzie Little have taken out the 5000m and javelin respectively at the 2019 NCAA Championships in Austin, Texas to close their collegiate careers.

McDonald, running for the University of Wisconsin, claimed the rare feat of winning cross country, indoor and outdoor titles in the same academic year, covering the last lap of the 5000m in 52.9 seconds for victory in 14:06.01 ahead of Grant Fisher.

“It’s weird, you know, because it doesn’t feel like it was that crazy,” McDonald said of the speed he covered the last lap.

“But I just graduated and everything was focused on this race, but now it’s looking forwards and World Champs is on my radar. So of course I want to be competitive there, so that’s the type of stuff that I’ve gotta be able to do.” 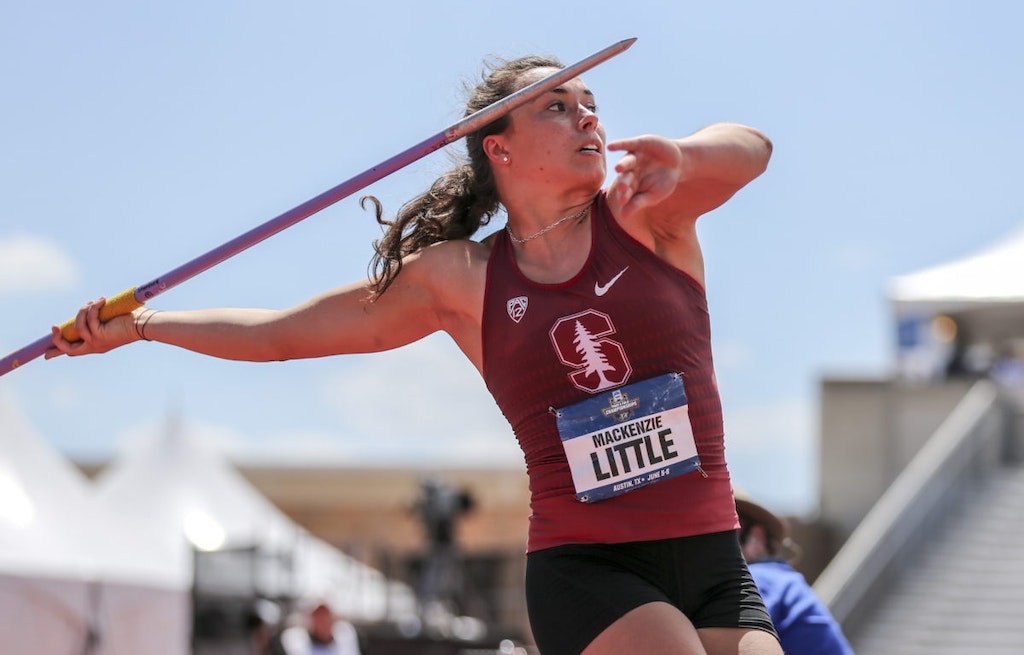 For Little, her throw of 59.44m - the third longest of her career - saw her defend her NCAA title, in what she described as a 'fairytale ending.'

"I'm so happy to have had all of the things I have had at Stanford over the past four years, it's been the most phenomenal place to be. This just caps it off so nicely," she said. 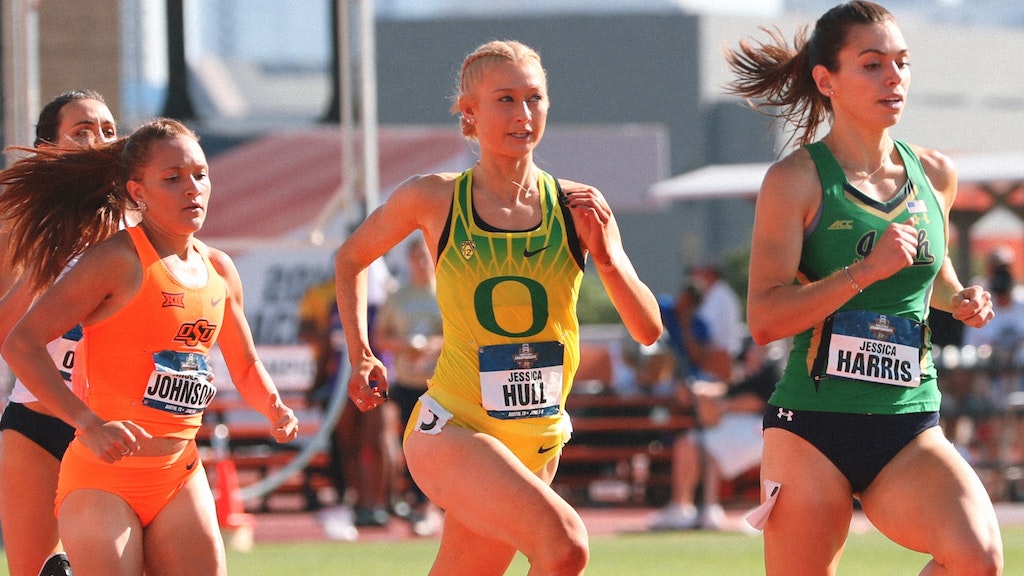 Metric milers Jessica Hull and Ollie Hoare entered the meets as defending championships and were amongst the favourites to defend their crowns. It was not to be for either, but Hull in particular can hold her head high after finishing second in a personal best and world championship qualifier of 4:06.27.

Hull, running for the University of Oregon, took the lead with 300 meters left and tried to drive to the finish, but Sinclaire Johnson went with her, finally catching her about 60 meters before the finish line.

“I wanted to give it everything I’ve got,” Hull said, explaining to reporters why she kicked when she did.

“It was scary to do it. Maybe it was a little too early. But that was the race plan, and I wanted to run a race I was proud of.”

The performance moved Hull to tenth on the Australian all-time list. 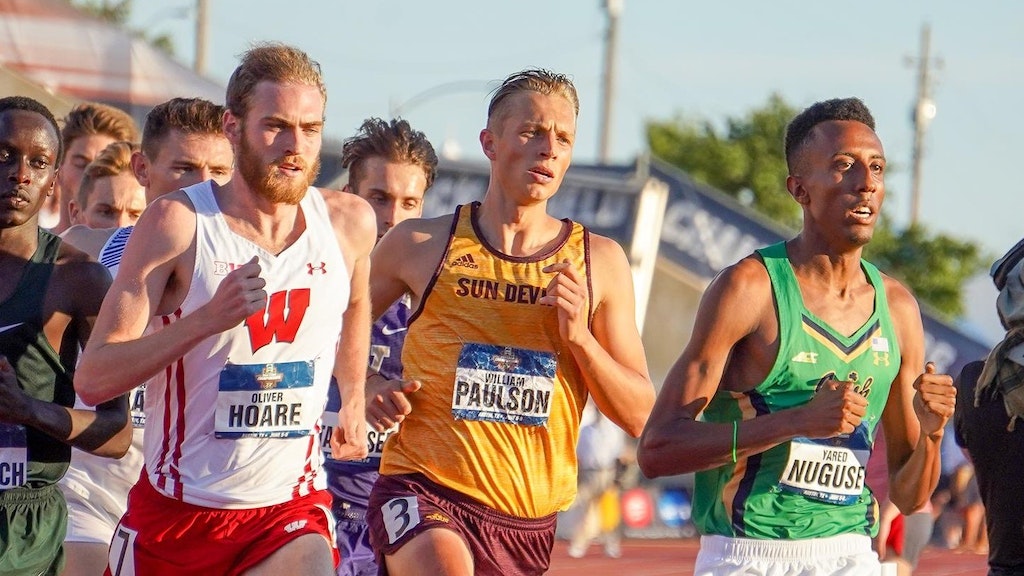 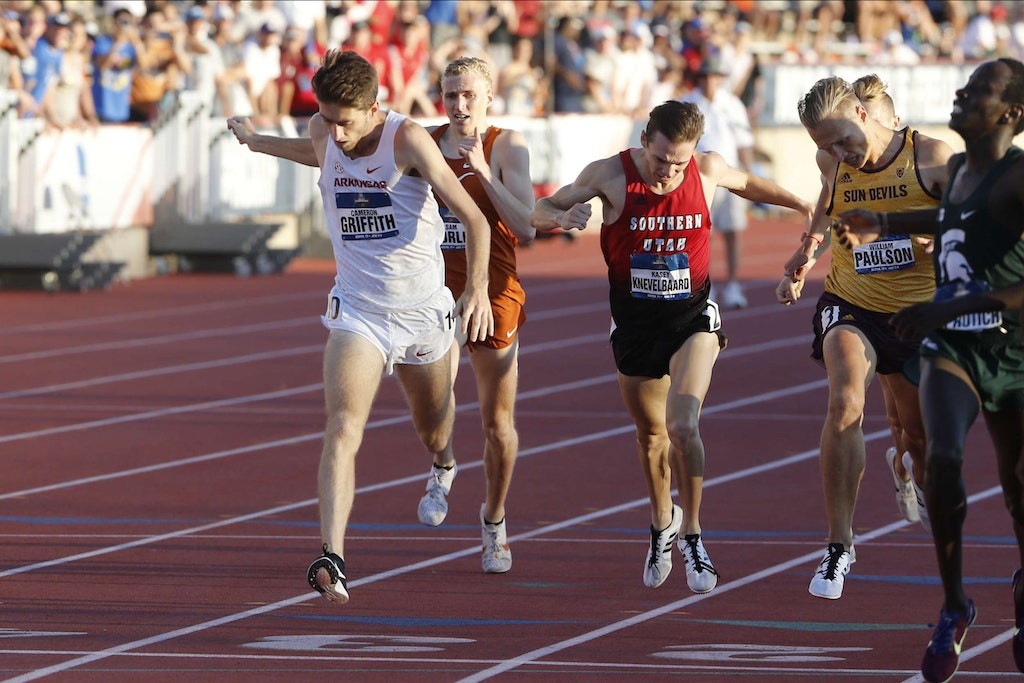 Hoare, running for the University of Wisconsin, took the early lead in the men's race, covering the first lap in 58 seconds and remained well positioned during the race. However, entering the final straight the field kicked away, with Hoare holding on to finish fourth in 3:42.29 just under a second behind Yared Nuguse, who took the win by thousandths of a second from Justine Kiprotich.

Finishing fast to take third was Hoare's former schoolmate at Trinity Grammar in Sydney, Cameron Griffith, who clocked 3:42.14 running for the University of Arkansas. 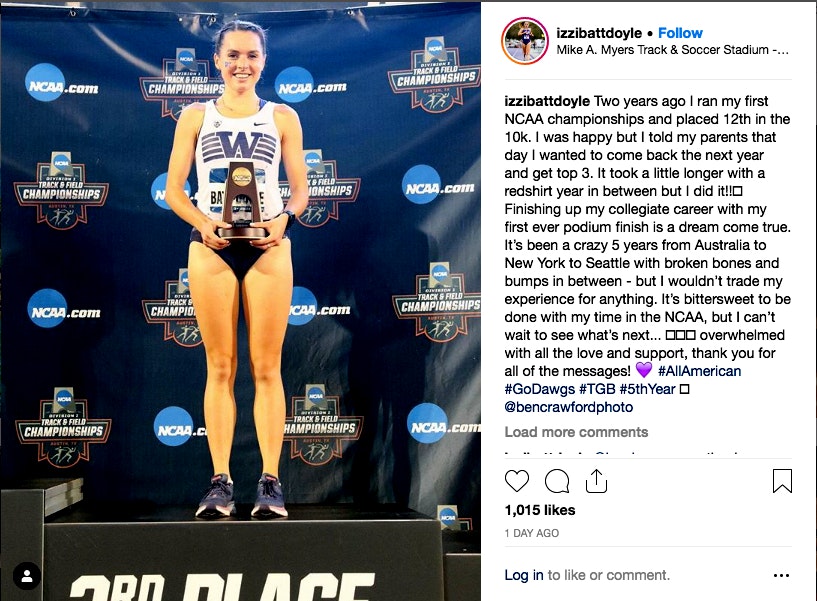 Running in muggy conditions, Isobel Batt-Doyle capped off her collegiate career at the University of Washington with a third place finish in the 10,000m with a run of 33:17.81.

"I definitely feel like this is just the start of my running career and I'd like to keep going," said Batt-Doyle, who in March set a personal best of 32:20.84 over the distance.

"Whether that is in America or back in Australia, we'll see what my options are." 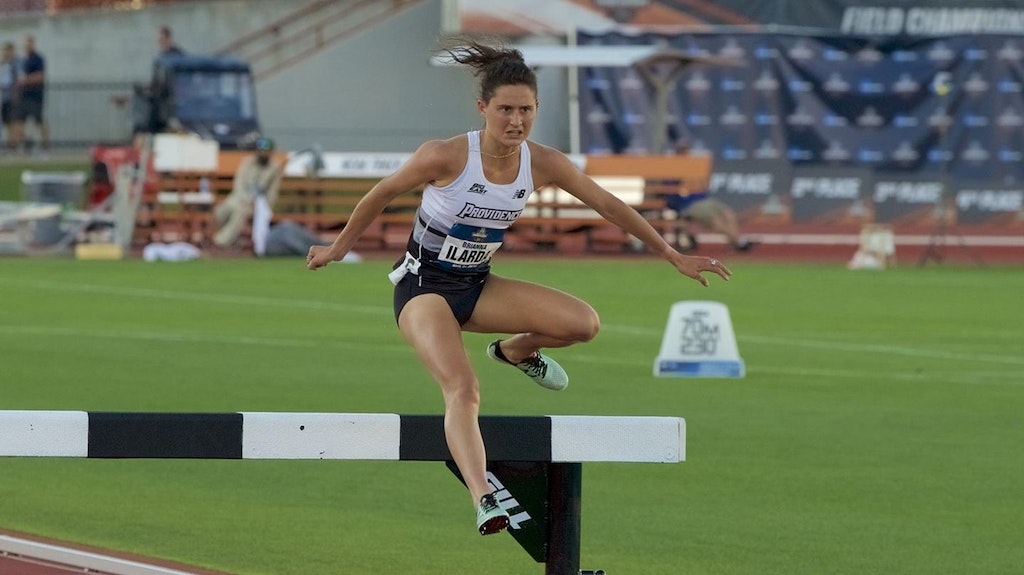 Other Australians in action were Jack Anstey (1500m, 7th), Mick Stanovsek (1500m, 10th), while Mackenzie Andrews (3000m steeplechase), Ed Trippas (3000m steeplechase) and Chris Douglas (400m hurdles) did not qualify for the final of their events. World junior silver medalist Gary Haasbroek was well positioned after the first day of the decathlon, but did not finish after a no height in the pole vault. 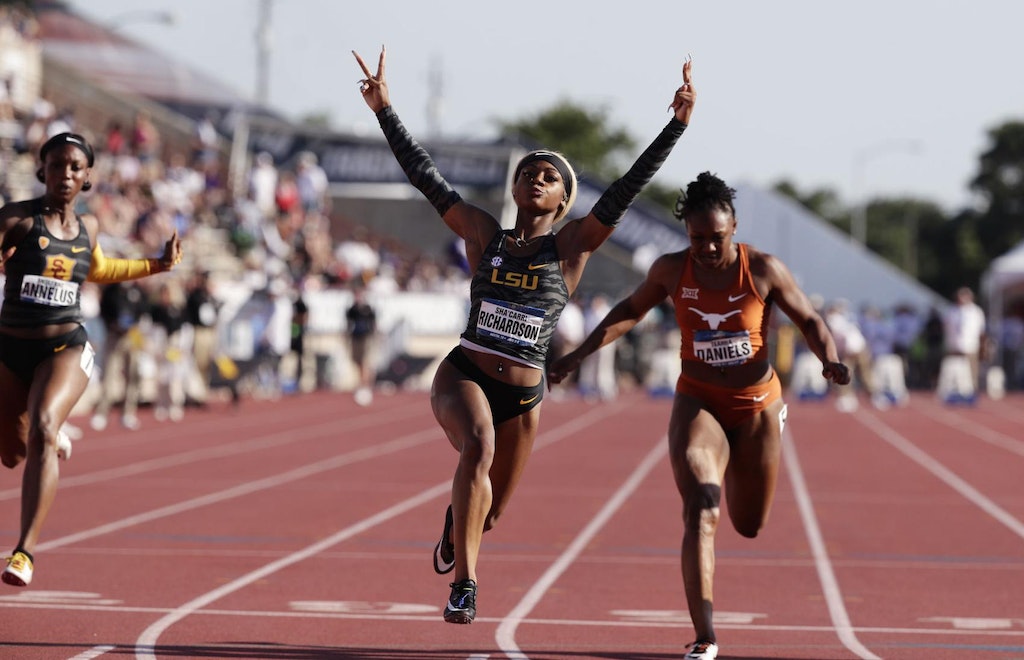 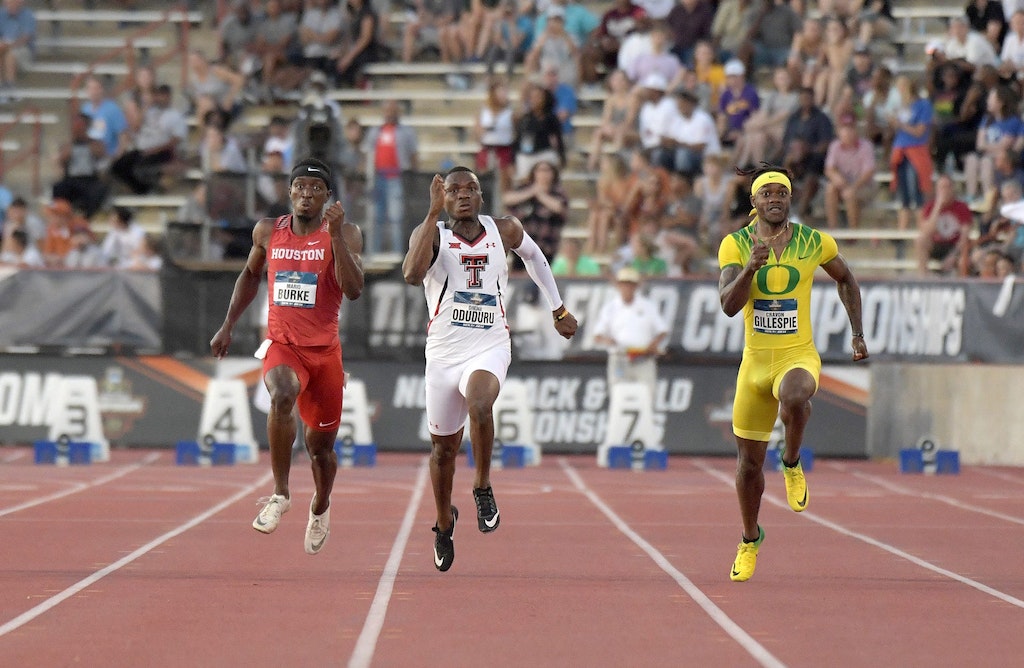 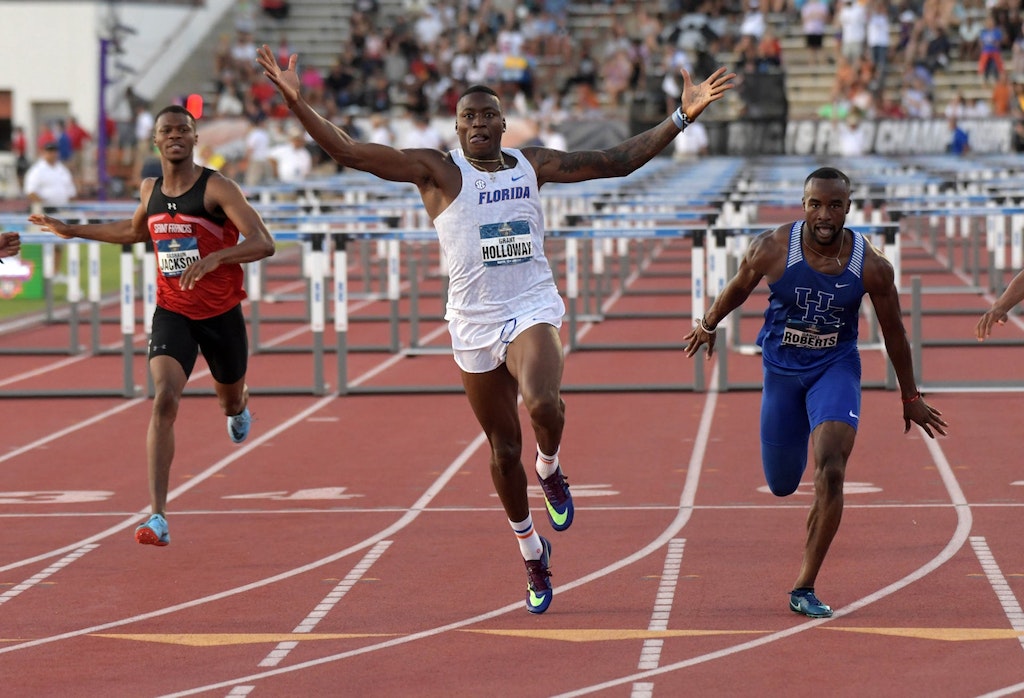 The class of the NCAA meet - particularly in the sprints - was highlighted by world junior records in the 100m and 200m, two athletes recording sub-10/sub-20 second 100m/200m doubles on the same day and sub-12.5 and 13.0 second clockings in the sprint hurdles.

The 100m hurdles was won be Jamaica's Janeek Brown in 12.40 seconds while the 110m hurdles was taken out by Grant Holloway in 12.98 seconds ahead of Daniel Roberts, who ran 13.00 seconds. Holloway had a fantastic day on the track, starting with running the third leg for the victorious University of Florida 4x100m relay team that ran 37.97s, stepping onto the track 40 minutes later for his high hurdles victory and then capping off the meet with a 43.75 second achor leg of the 4x400m where his team was second in 2:59.60 behind the Texas A&M's 2:59.05.