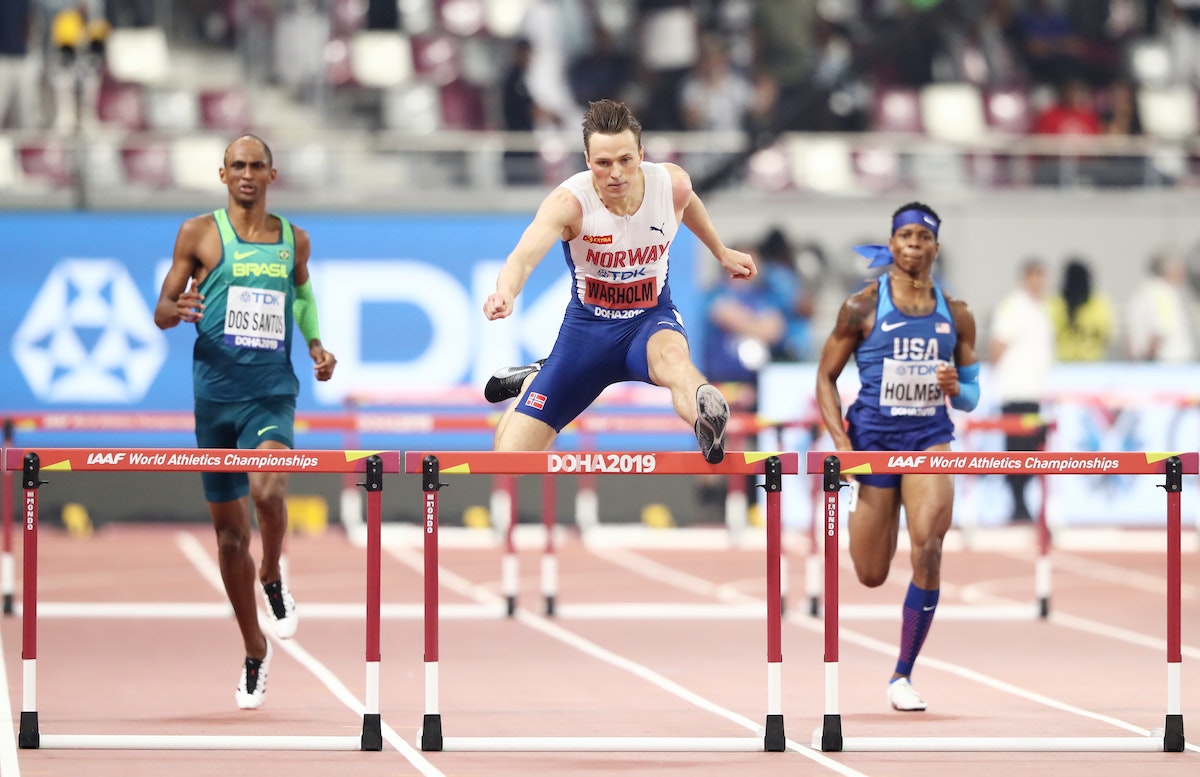 Three of the four fastest men in the history of the 400m hurdles lined up in one of the most anticipated races of the IAAF World Athletics Championships in Doha tonight, and it was the Viking heart of Karsten Warholm that prevailed as the Norwegian retained his title.

Last year it appeared that Warholm’s reign in the quarter-hurdles was over, as he was over-taken by Qatar’s rising force Abderrahman Samba and USA's Rai Benjamin on the track and on the clock.

But he fought back this year to re-establish his supremacy, leading throughout tonight’s final to cross the finish line in 47.42, ahead of Benjamin (47.66). Samba, whose momentum was stalled by injury earlier this year, surged home to take the bronze (48.03) and earn host nation Qatar’s first medal of the championships. 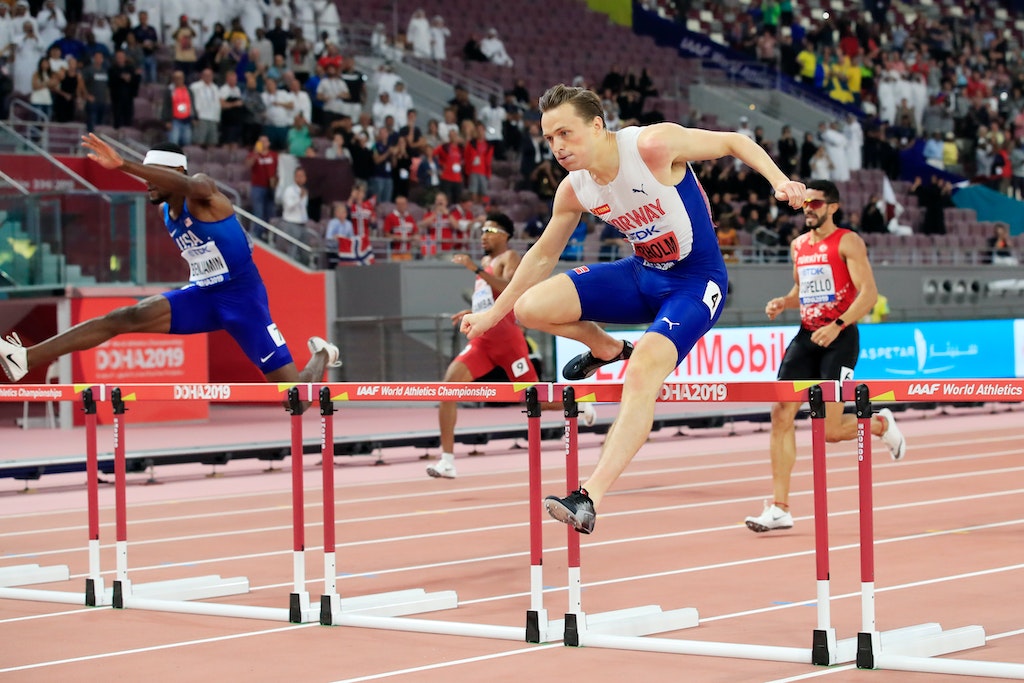 The champion had given notice of his intent earlier in the month by winning the Diamond League title in 46.92, the fastest time ever run behind the 27-year-old world record of 46.78, held by USA's Kevin Young.

“It is easy to say afterwards that this was going to happen but I wasn’t too sure, to be honest,” Warholm said.

“This was a very hard race. I had a pain in my chest. I thought I was going to die but here I am a world champion.” 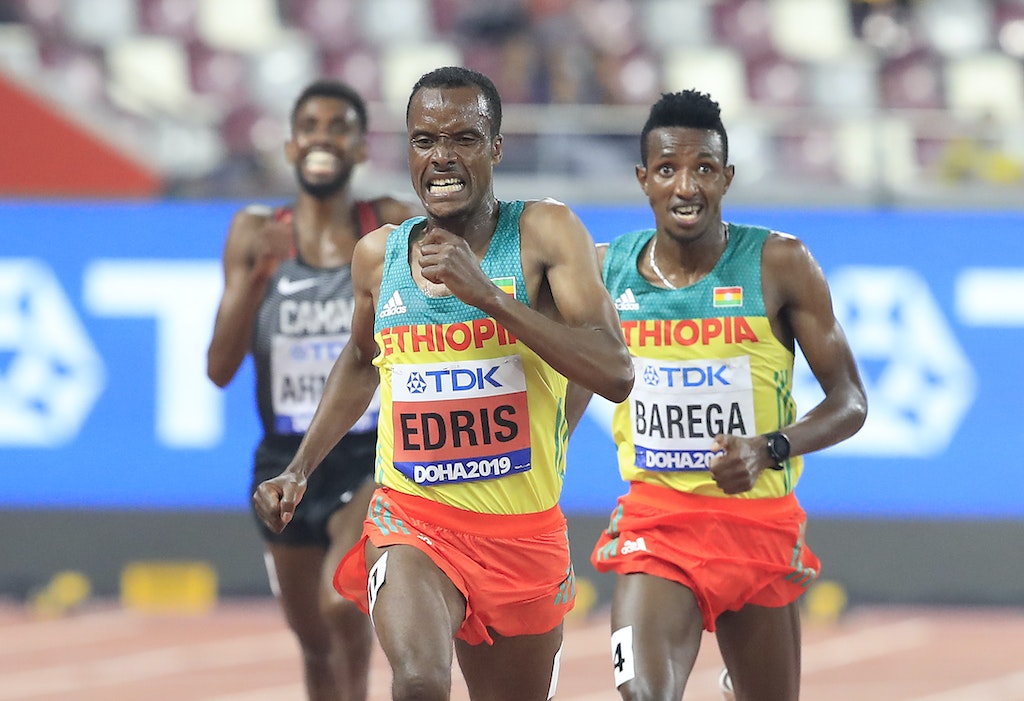 Ethiopia claimed gold and silver in the men's 5000m with Muktar Edris successfully defending his title by outsprinting his young rival Selemon Barega in a fast 12:58.85.

Norway's teen sensation Jakob Ingebrigtsen made a run for home with 300m to go but was over-run in the last 100 metres and finished an exhausted fifth. 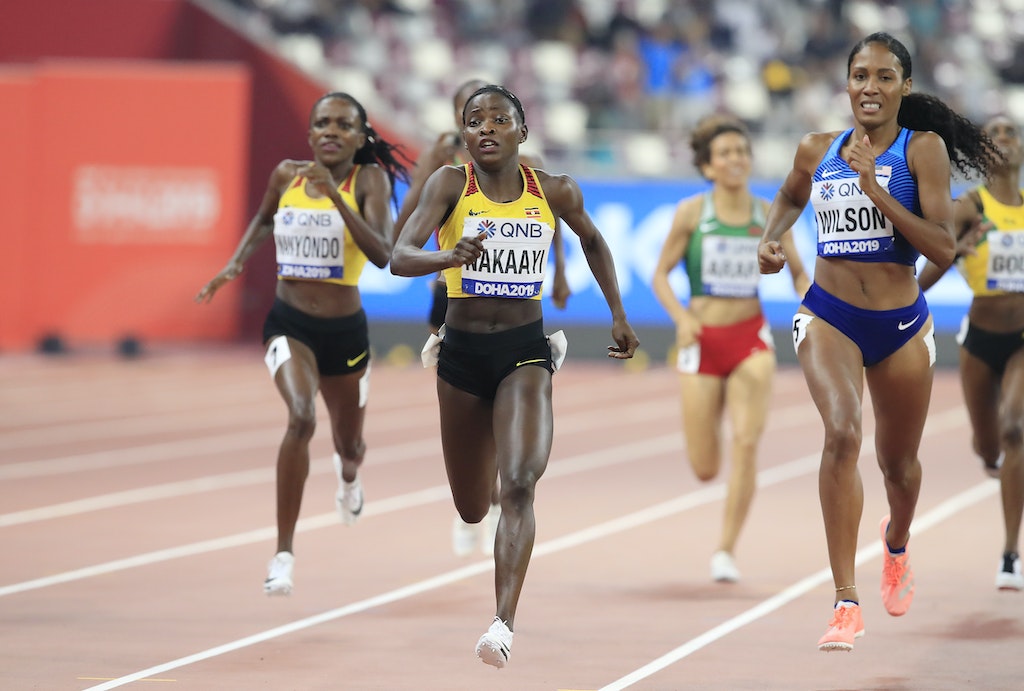 Ugandan runner Halima Nakaayi upset the favourite, USA's Ajee Wilson, to win the 800m title in a national record of 1:58.04.

She unleashed an irresistible kick in the home straight, surging past early pace-setter Wilson, and then launched into an entirely uninhibited celebration, dancing her way around the track. Her reaction was only matched by that of the small Ugandan contingent in the grandstand, who had watched her become only the second woman from her country to win a world athletics title. 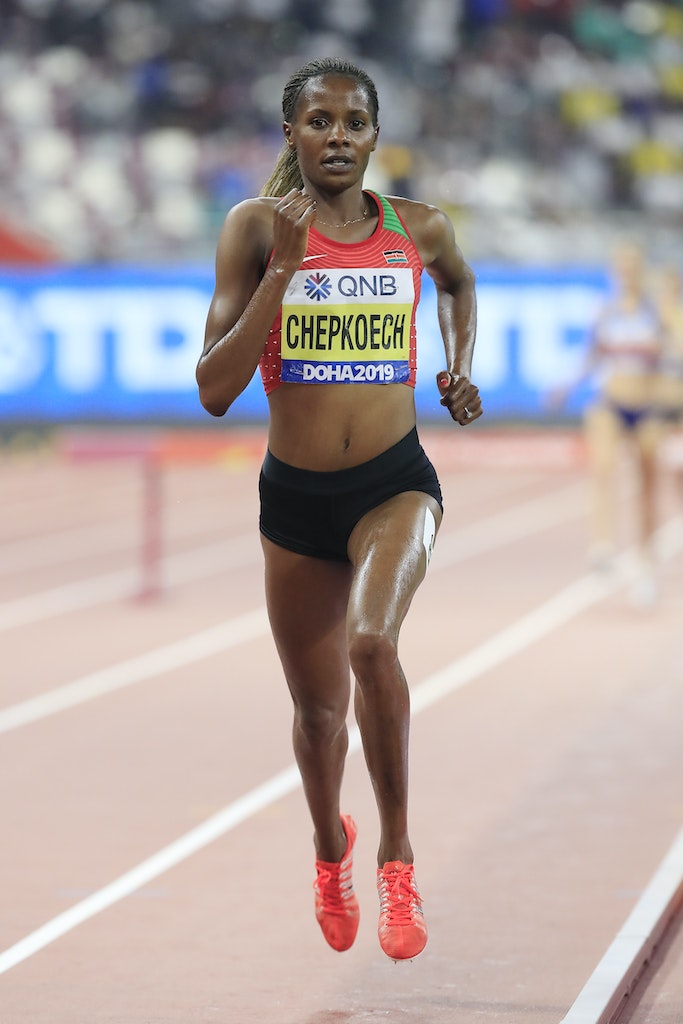 World record-holder Beatrice Chepkoech of Kenya produced a remorseless solo effort to win the women’s 3000m steeplechase, banishing her disappointment from the last World Championships in London, where she mistakenly ran off the course and missed the water jump while leading on the first lap and had to double back, and then fell on the second lap, before eventually finishing fourth.

There were no hitches this this time as she won in a championship record of 8:57.84, having led by 50 metres at the bell.

Australian team captain Genevieve Gregson finished in 10th place and set a new season’s best of 9:23.84, capping off a fine return to the track after injury.

“It was such an experience to be back out there, the crowd is nowhere near as big as I am used to at World Champs, but the feeling never gets old," said Gregson.

"I had Goosebumps when I ran out. I don’t think there’s a better feeling for an elite athlete than representing your country and I am just so grateful to be on that start line and give it everything. I hope that today was an example that others on the team can look up too.”

Shop on Amazon.As an Amazon Associate I earn from qualifying purchases. 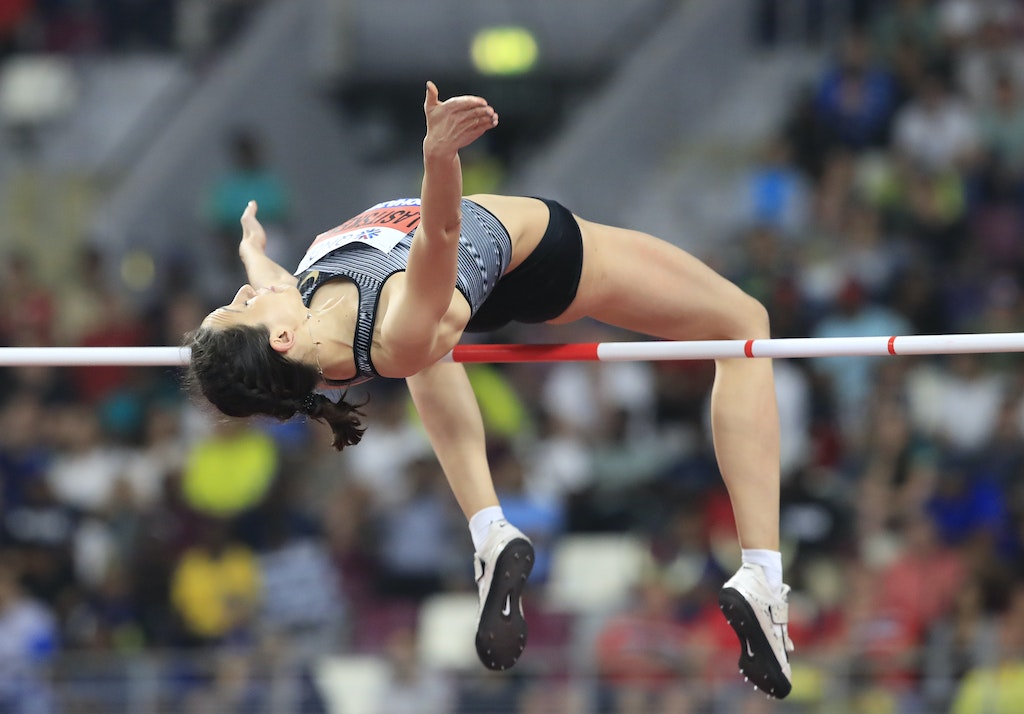 As expected, Mariya Lasitskene successfully defended her women’s high jump title with a first-time clearance of 2.04m. What was unexpected, however, was the prodigious challenge she had to withstand from Ukrainian teenager Yaroslava Mahuchikh, who also cleared 2.04m on her third attempt to secure silver with a world junior record. 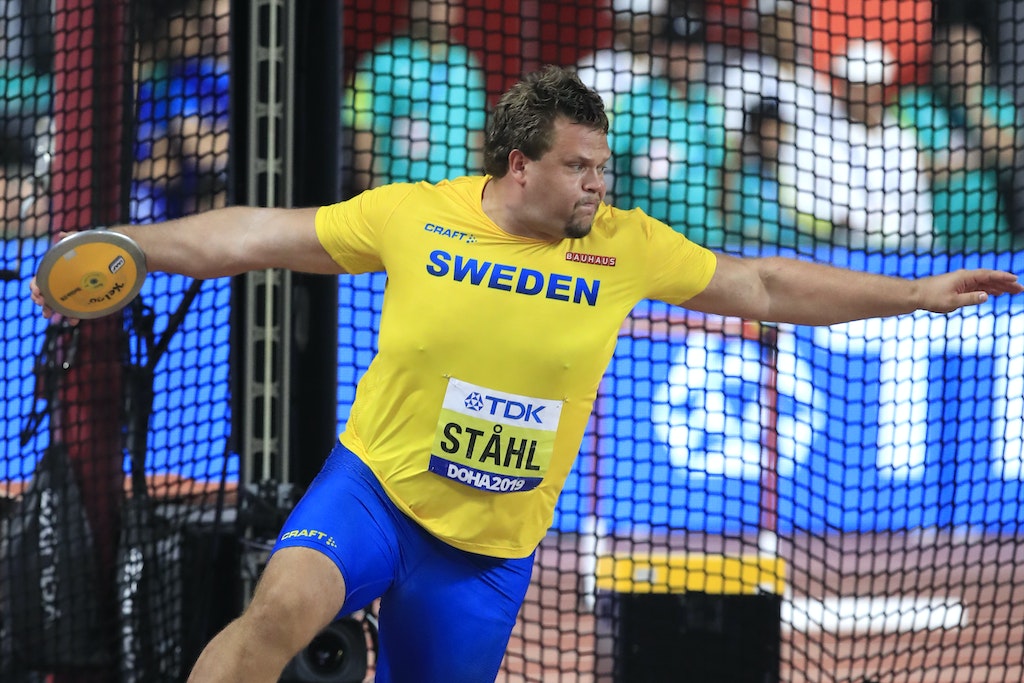 Sweden’s Daniel Stahl claimed his first world title in the men’s discus, with a best of 67.59m. Matt Denny finished sixth with a new personal best of 65.43m.

“A PB is a PB, but it’s still frustrating that I didn’t get the one that I wanted," said Denny.

"It was frustrating because I felt that if I hit the one how I was feeling the other day and today I could have been up there in the top three. Sixth is still good for my first World Champs, so I’ve just got to build on that for Tokyo."

Check out the coverage from other days of the 2019 IAAF World Athletics Championships in Doha.