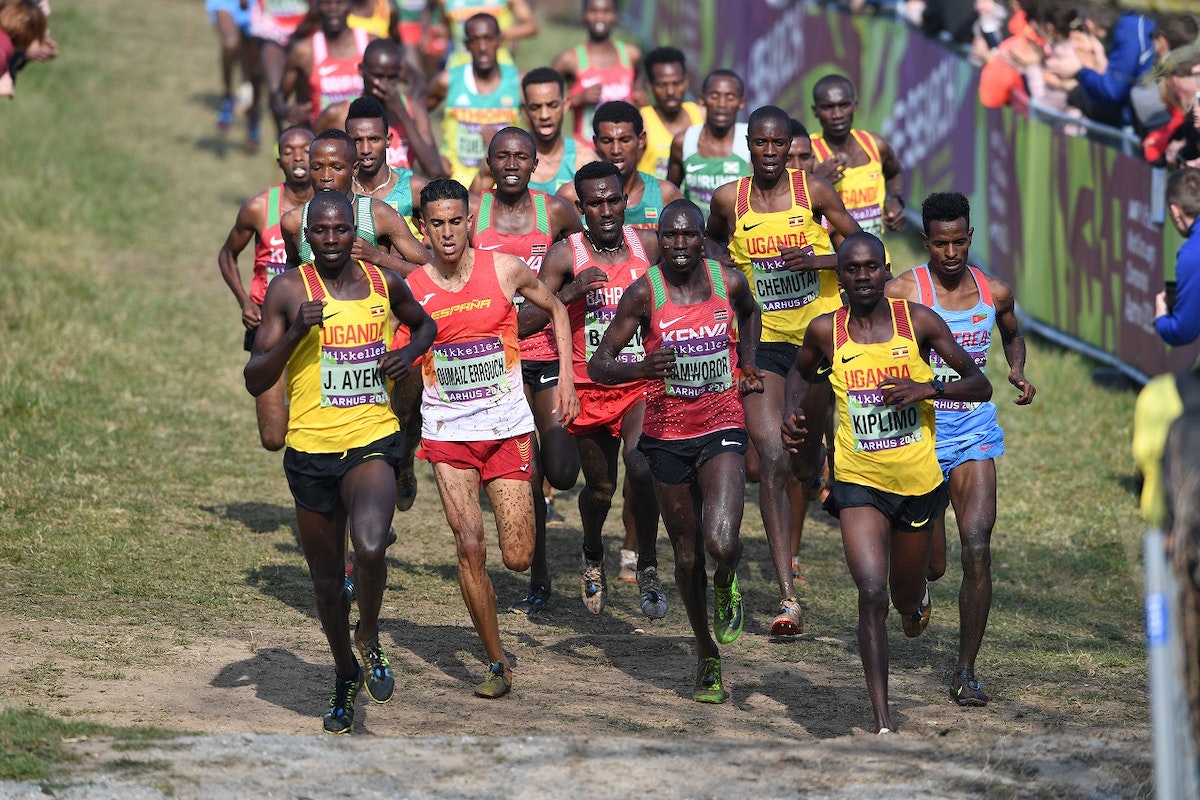 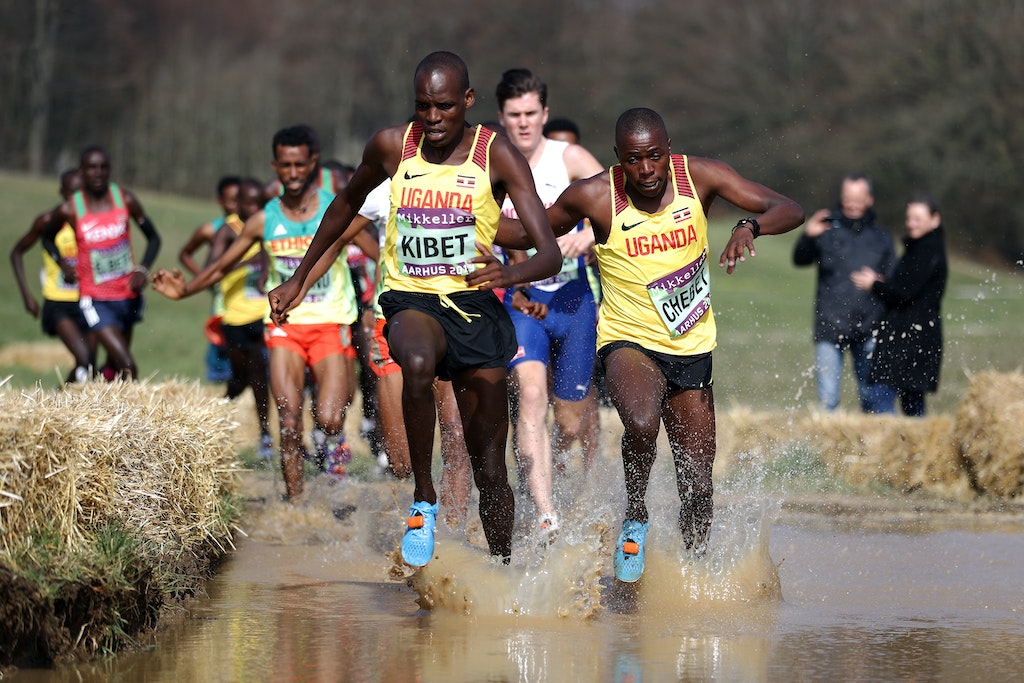 The world's best distance runners lined up on one of the toughest cross country courses seen at the biennial World Cross Country Championships, held in Aarhus, Denmark. Featuring a significant hill along with artificial water and mud traps, it provided a true test for the ailing international discipline of cross country. But with an innovative course and featuring mass participation events, the championships might prove a turning point for future editions and provide significant food for thought before Australia hosts the next edition of the championships in Bathurst in 2021. 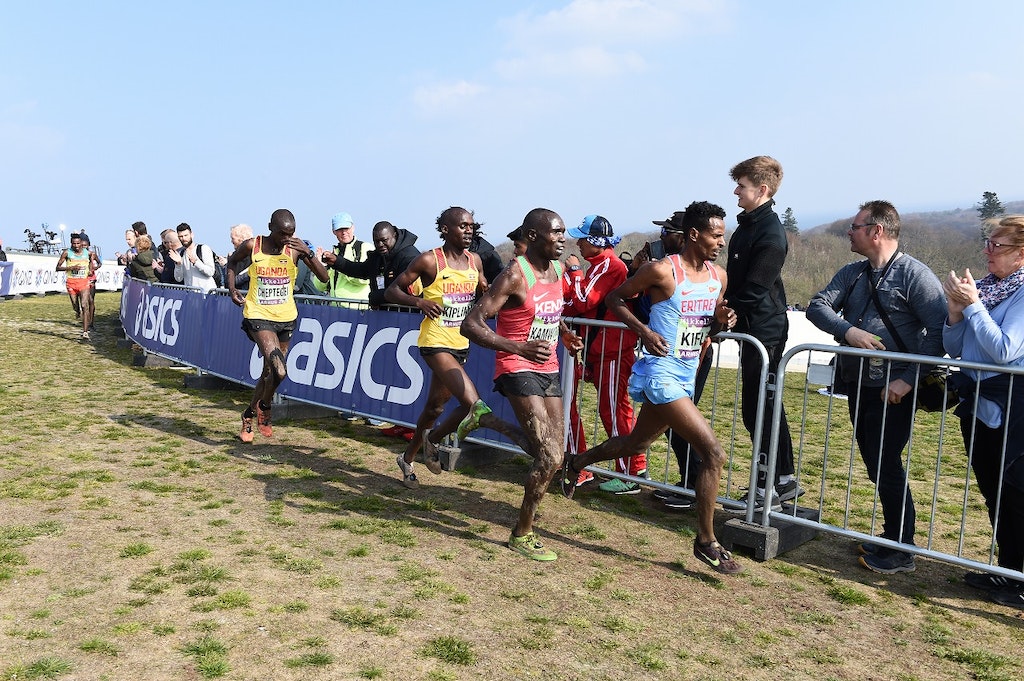 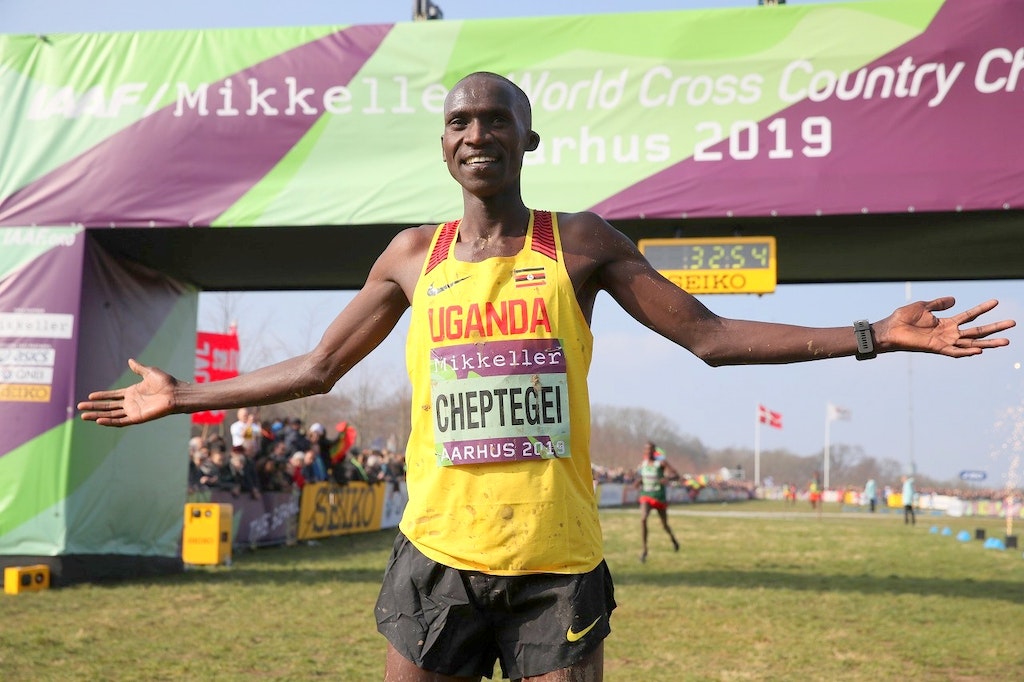 The men's senior race was one of redemption for Joshua Cheptegei from Uganda. At the last edition of the event in front of a home crowd in Kampala he had the lead within the last kilometre of the race before struggling home to finish 30th as his body shut down. There was no such drama this time around, with the dual Commonwealth Game gold medallist and world championship silver medallist adding a world title to his trophy cabinet, finishing ahead of compatriot Jacob Kiplimo and the winner of the past two titles, Kenya's Geoffrey Kamworor.

Demonstrating the difficulty of the course, Cheptegei's winning time for the 10.24km course was 31:40. Australia's competitors, all who have demonstrated sub-29 minute 10km form recently, were led home by Brett Robinson (30th, 33:34), with 21-year-old Matthew Ramsden impressive with a 39th place finish in 33:56. Harry Summers (56th, 34:23), Jack Rayner (63rd, 34:33) and Jack Bruce (95th, 35:32) rounded out Australia's finishers, with Stewart McSweyn not starting the race after battling illness the week prior. 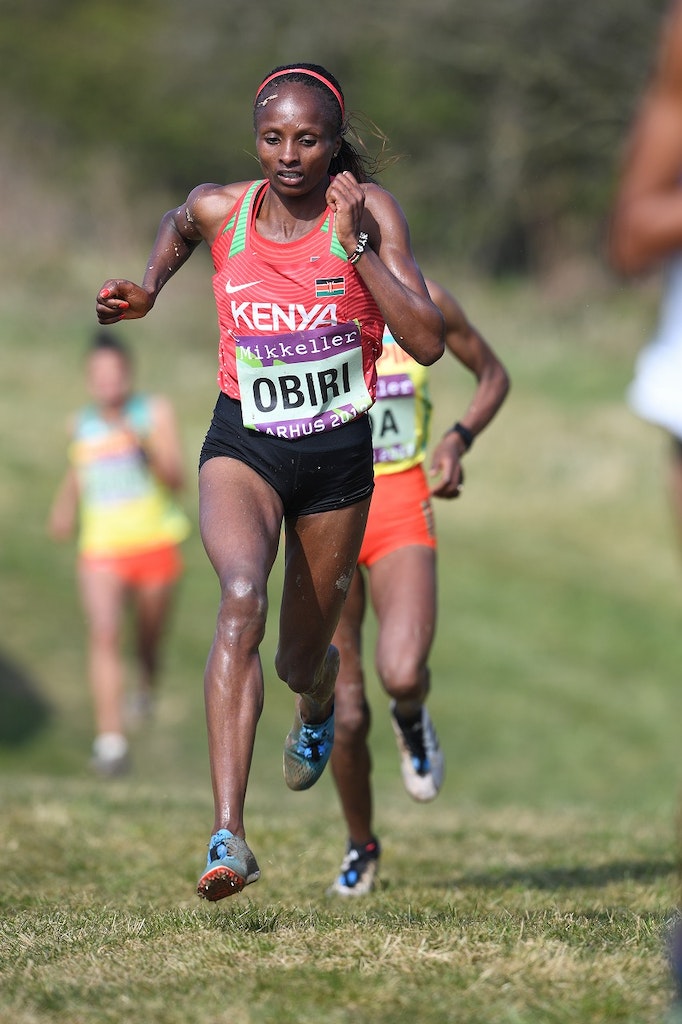 The women's race saw reigning 5000m world champion Hellen Obiri become the first female to win world titles outdoors, indoors and at cross country. The only male athlete to have ever achieved this feat is Kenenisa Bekele.

Obiri covered the 10.24km course in 36:14 to finish two seconds ahead of Ethiopia's Dera Dida, with Letesenbet Giday taking bronze a further eight seconds behind. 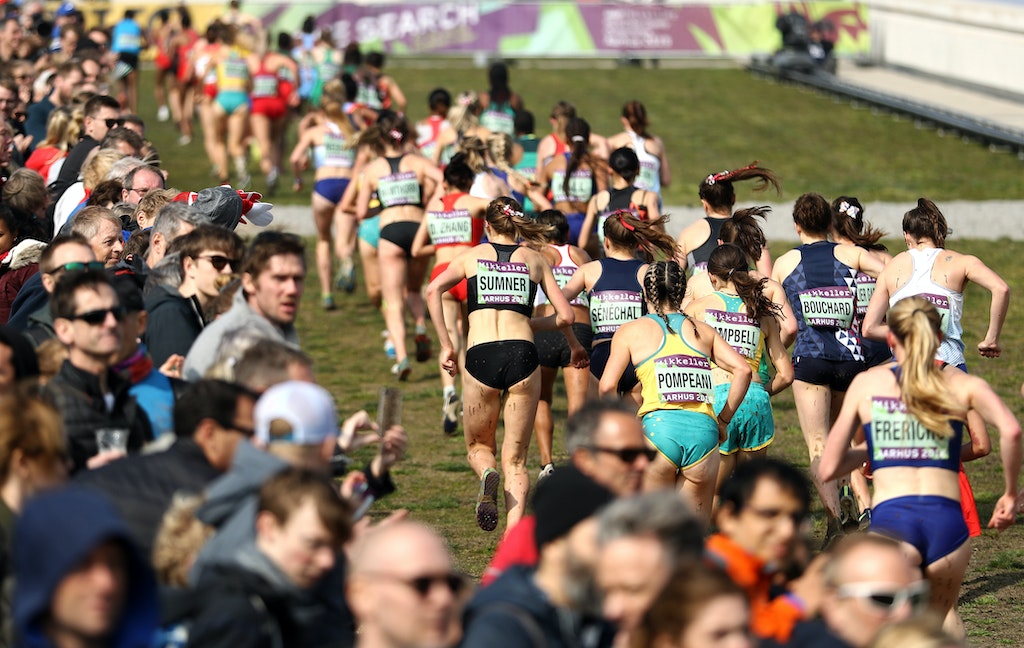 Melissa Duncan, who last represented Australia at the 2016 World Indoor Championships where she led the early stages of the 1500m, stepped up successfully to be first home in 26th place over the arduous course in a time of 38:47. Performances from Paige Campbell (29th, 38:52), Emily Brichacek (35th, 39:18) and Marnie Ponton (44th, 39:53) contributed to Australia's 5th place in the teams event, with further quality performances being recorded by Leanne Pompeani (45th, 39:46) and Caitlin Adams (69th, 40:42). 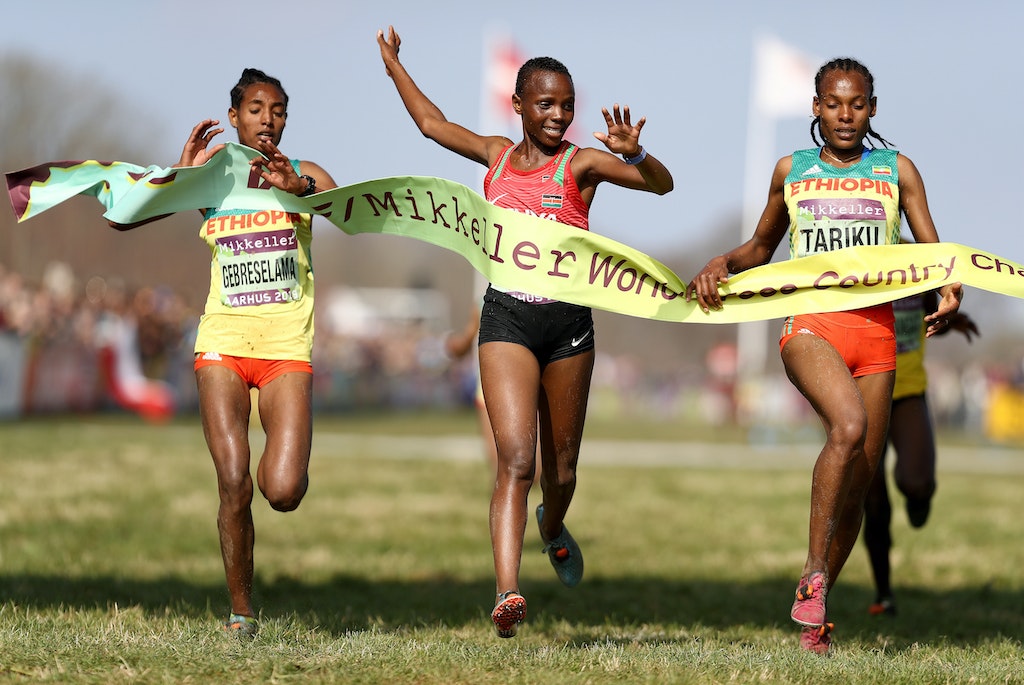 There was drama in the junior women's race, with all three medallists recording the same time of 20:50. Although Kenya's Beatrice Chebet held a narrow lead and hit the finishing tape first, it was Ethiopia's fast finishing Alemitu Tariku who was initially announced as the winner.

That error was soon corrected, with Chebet taking gold from Tariku, with Ethiopia's Tsigie Gebrselama winning the bronze medal. 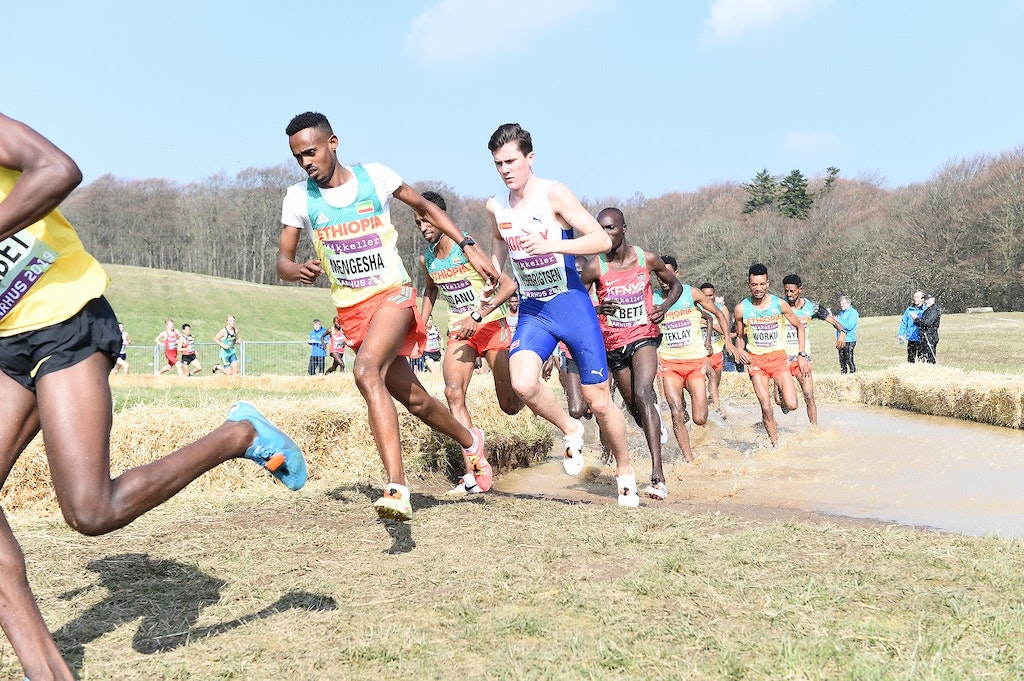 In the junior men's race Ethiopia's Milkesa Mengesha was victorious in a time of 23:52, two seconds ahead of countryman Tadese Worku with Uganda's Oscar Chelimo third one second further behind. 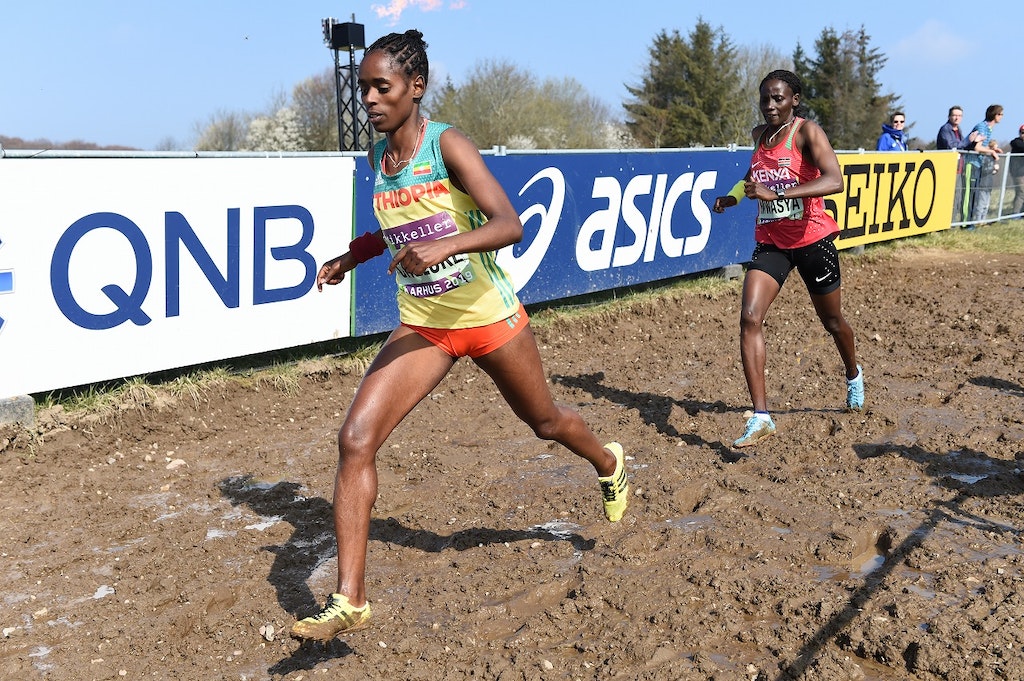 The mixed relay, with two male and two female athletes covering a 2.1km lap each, provided entertaining racing. Ethiopia, anchored by Fantu Worku, ran away for a convincing victory in 25:49, with Morocco taking silver in 26:22 ahead of Kenya (26:29).